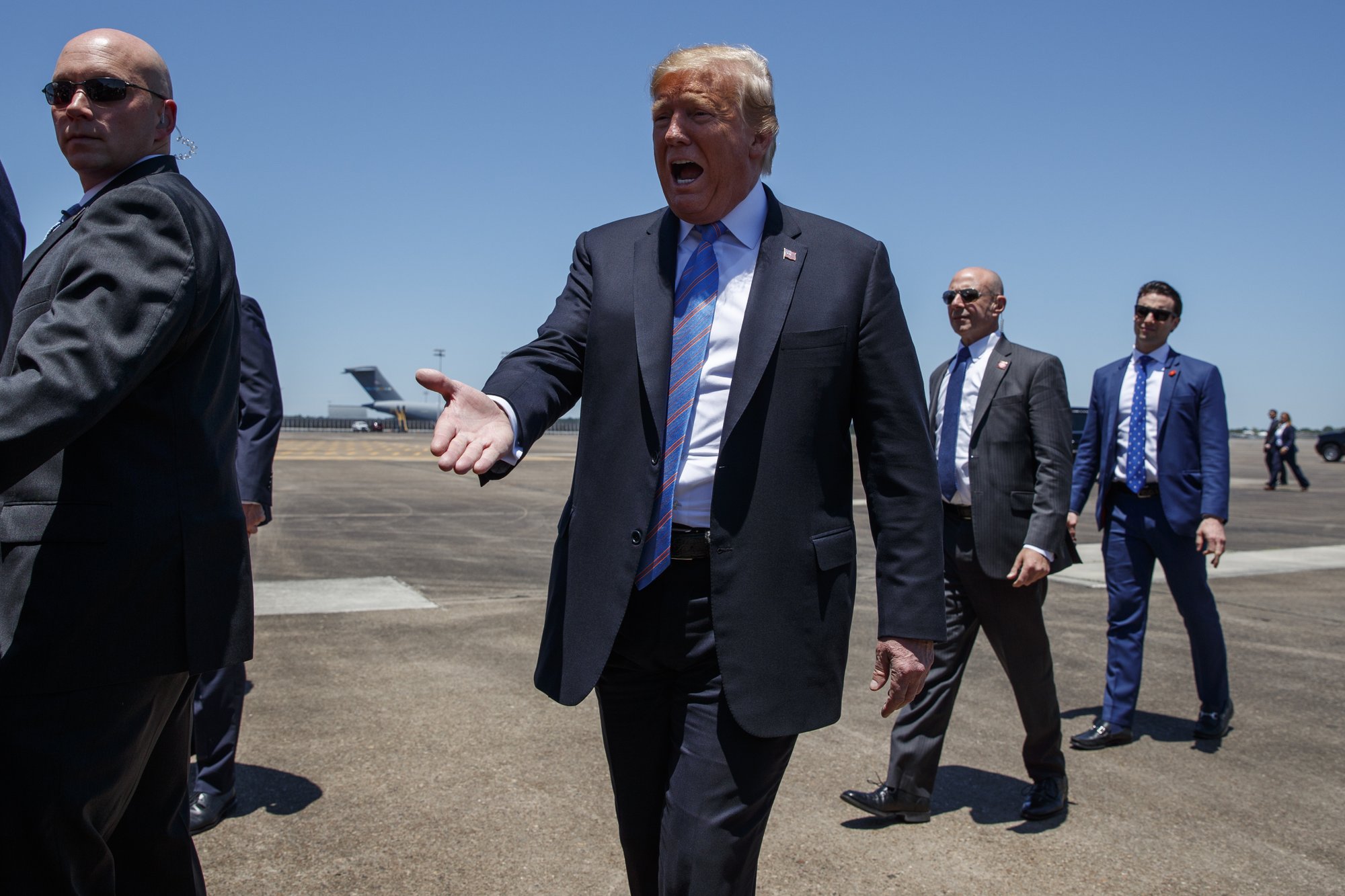 US President Donald Trump reaches out to greet supporters after arriving at Chennault International Airport, Tuesday, May 14, 2019, in Lake Charles, La. (Photo: AP)

US President Donald Trump is using an official government event at a liquefied natural gas export facility to handicap his potential 2020 Democratic opponents.

Trump ran through a list of his challengers at the event in Louisiana on Tuesday.

He says Texas’ Beto O’Rourke is “falling fast,” and he mocked the candidate for trying to reboot his campaign.

Trump says, “History has said that does not work out well.”

Trump claimed to the crowd: “Bernie’s got a lot of energy. But it’s energy to get rid of your jobs.”

He added dismissively that there are “350 million people and that’s the best we can do” with Democratic candidates.