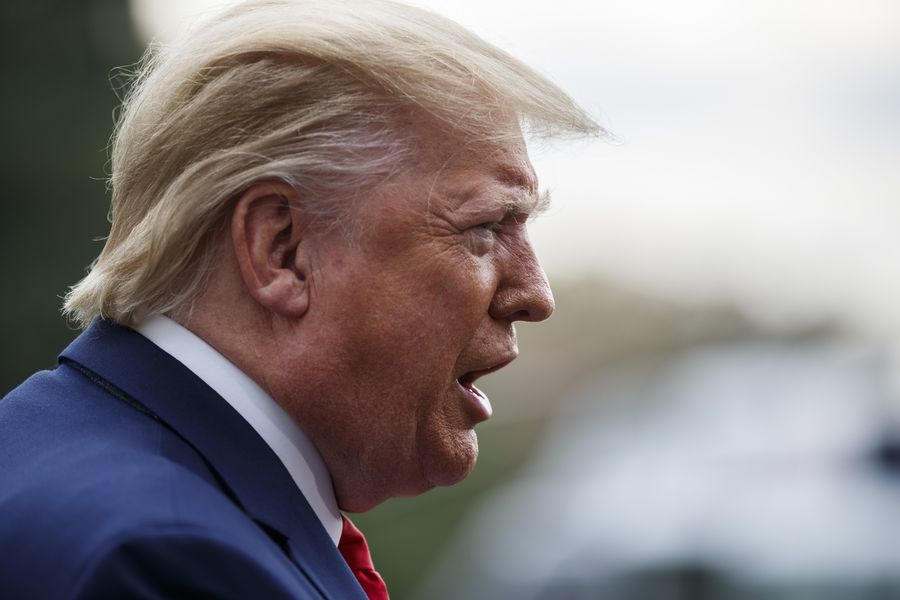 WASHINGTON, Nov. 1 (Xinhua) -- US House Speaker Nancy Pelosi said Friday that public hearings in an impeachment inquiry into President Donald Trump could be expected this month.

"I would assume there would be public hearing in November," the top House Democrat told an interview with Bloomberg, adding that the case against Trump "has to be ironclad."

She also said she does not know "what the timetable will be" for the inquiry and that they "have not made any decisions on if the president will be impeached."

The remarks came a day after the Democratic-controlled House approved mostly along party lines a resolution that establishes procedures for public impeachment hearings and the release of deposition transcripts, among other things.

Pelosi initiated the impeachment inquiry into Trump in late September after an anonymous whistleblower raised concerns about the White House's interactions with Ukraine, including a July 25 phone call between Trump and his Ukrainian counterpart, Volodymyr Zelensky.

Trump was alleged to have abused power by using a military aid to pressure Zelensky into investigating former US Vice President Joe Biden, a top-tier 2020 Democratic presidential contender, so as to help his re-election campaign.

Trump has denied any wrongdoing. The White House has dismissed those allegations and made clear that it will not cooperate with House investigators by providing documents or witnesses because it considered the ongoing impeachment inquiry unfair and illegitimate.

During an interview with Fox News on Friday, White House press secretary Stephanie Grisham said that they are "prepared" for Trump to be impeached by the House.

"We are prepared for an impeachment to happen," Grisham said. "Nancy Pelosi has made it very, very clear that the House Democrats are going to vote."

"I wouldn't say it is a foregone conclusion, I would say it's what we're expecting it, yes," she added.

The president will be impeached if the House approves any of the articles of impeachment that the Judiciary Committee has recommended by a simple majority vote.

But conviction of the president can only happen in the Senate and requires at least two-thirds of its members, or 67 senators, to vote in favor. Currently, the Senate has 53 Republicans, 45 Democrats and two independents.