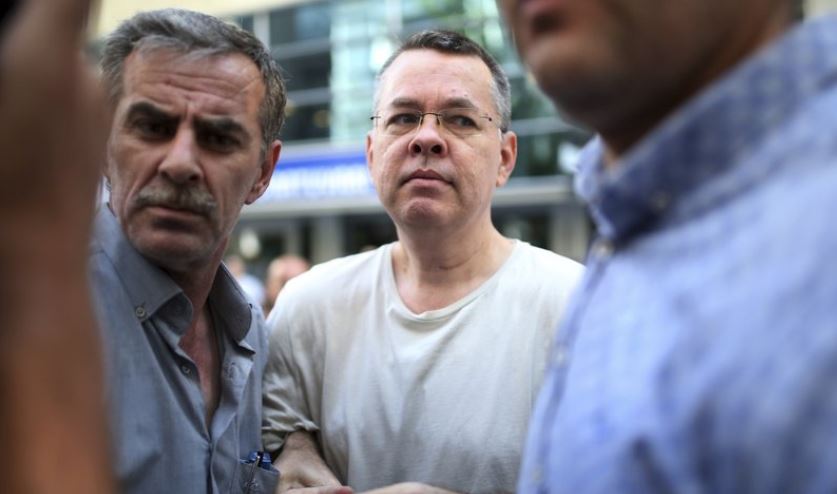 The White House is announcing that the Treasury Department is imposing sanctions on two Turkish officials over a detained American pastor who is being tried on espionage and terror-related charges.

The administration says Turkey’s Minister of Justice Abdulhamit Gul and Minister of Interior Suleyman Soylu both played leading roles in the organizations responsible for Brunson’s arrest and detention.

Brunson, an evangelical pastor, was arrested in December 2016 and jailed. He was recently released to home detention.

Turkish President Recep Tayyip Erdogan (REH’-jehp TY’-ihp UR’-doh-wahn) has said his government won’t back down and may “go its own way” if the US imposes sanctions.