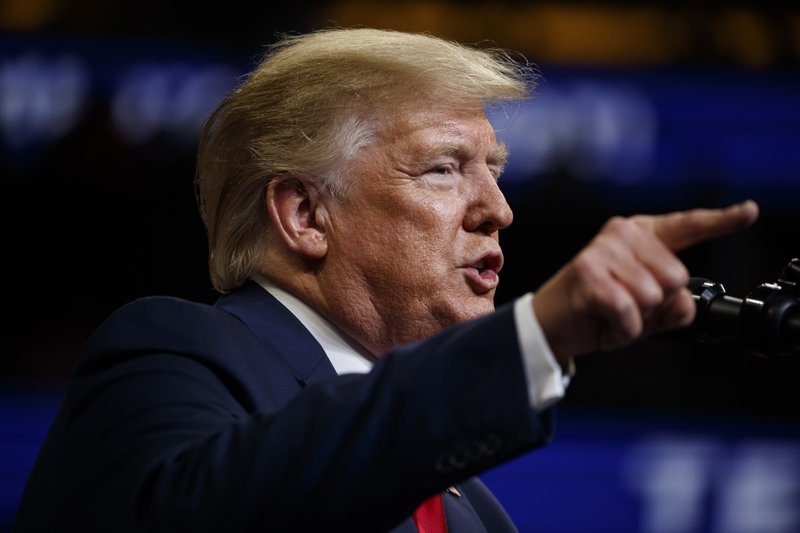 US President Donald Trump speaks during his re-election kickoff rally at the Amway Center in Orlando, Florida on June 18, 2019.  (Photo: AP)

WASHINGTON (People’s Daily) - US President Donald Trump issued “hard-hitting” financial sanctions against Iran on Monday, in part to retaliate after the downing of a US drone last week, with punitive measures targeting Iran's most senior leader, military officials, and its top diplomat, Foreign Minister Javad Zarif.

“Today's actions follow a series of aggressive behaviors by the Iranian regime in recent weeks, including shooting down of US drones," Trump told reporters in the Oval Office, and added, "The supreme leader of Iran is one who ultimately is responsible of the hostile conduct of the regime. He's respected within his country. His office oversees the regime's most brutal instruments including the Islamic Revolutionary Guard Corps,"

Trump signed the executive which he called "hard hitting" and include sanctions that will deny Iran's Supreme Leader Ayatollah Ali Khamenei, his office "and many others" access to financial instruments.

The US Treasury Secretary Mnuchin told reporters in a briefing after Trump's announcement that "these sanctions are all very important for recent activities. The president has also instructed me that we will be designating Zarif later this week,” said Mnuchin, adding that they would "lock up literally billions of dollars of assets."