WORLD Trump keeps up his attack on whistleblower

Trump keeps up his attack on whistleblower 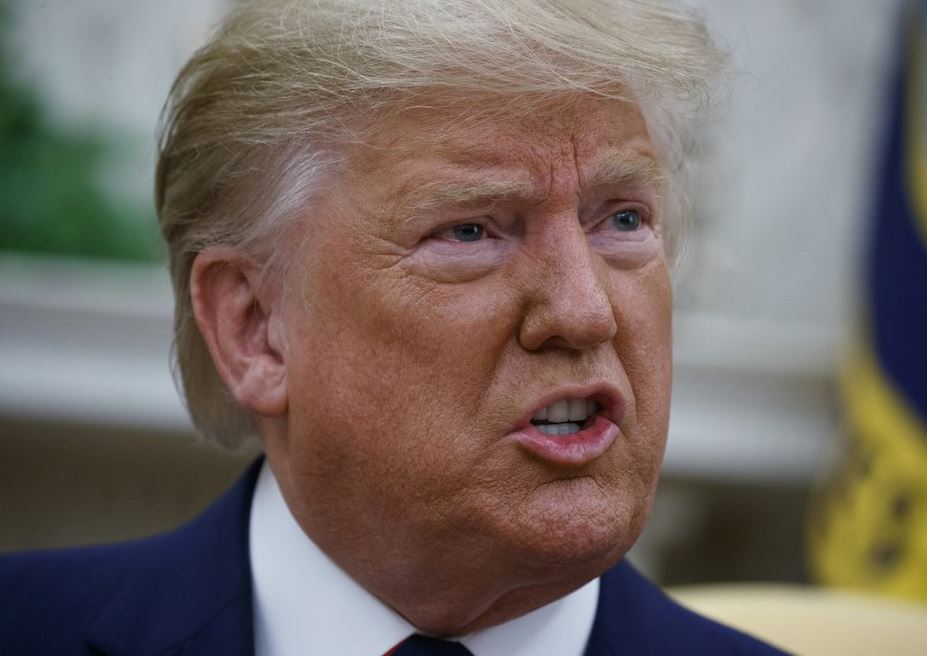 President Donald Trump speaks during a meeting with Finnish President Sauli Niinisto in the Oval Office of the White House, Wednesday, Oct. 2, 2019, in Washington. (Photo: AP)

Trump is commenting about a House impeachment inquiry Wednesday as he meets with the president of Finland.

Trump was highly critical though of the whistleblower report alleging he used the power of his office to solicit interference from a foreign country in the 2020 US election.

Trump says the whistleblower wrote about a “vicious conversation” that he asserted was in reality a “very innocent conversation.”

The whistleblower’s report was based on information from “multiple” US government officials.

Trump says he’s trying to unmask the whistleblower whose complaint about his efforts to pressure Ukraine sparked the impeachment inquiry. The president has falsely raised the prospect that officials involved are guilty of treason.

Schiff, speaking at a news conference, said any effort by Trump’s administration to block the investigation would be considered more evidence of obstruction and perhaps generate more articles of impeachment.