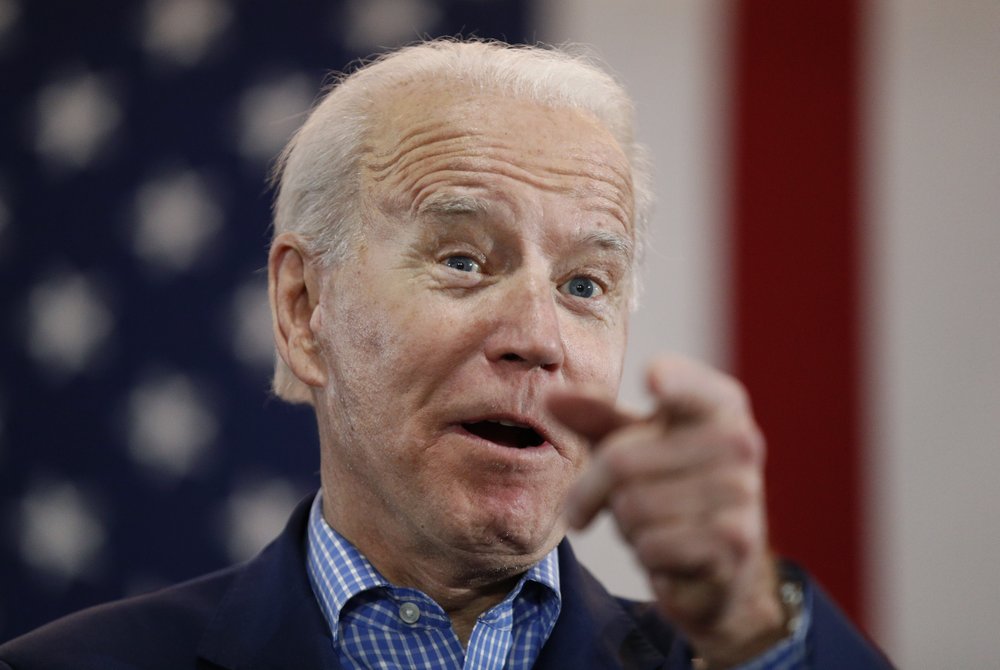 President Donald Trump needled his Democratic rival Joe Biden on Friday for limiting his campaign appearances to virtual events from the basement of his home in Delaware.

“I’d love to see him get out of the basement so he can speak,” Trump said in a telephone interview with Fox News.

Trump is eager to resume normal campaigning, which has come to a halt amid the coronavirus pandemic. His rallies are a hallmark of his campaign and help energize his base and provide his team with crucial data that will be used to turn out supporters in the fall. Biden, meanwhile, is known for connecting more effectively with people in smaller settings and has struggled with large rallies, something Trump would like to highlight.

Trump made his first trip out of Washington in more than a month this week. He relies on a federal supply of coronavirus tests to maintain a traditional schedule and said he’d be willing to provide Biden with that test as well if that helped resume normal campaign activities.

Trump offered to supply Biden with a rapid COVID-19 testing system. If Biden’s team asked for the tests, Trump said, “We would have it to them today.”

Trump, Vice President Mike Pence, and anyone they come into close contact with are now being tested daily for COVID-19 after one of the president’s valets tested positive for the virus this week. The availability of the tests has allowed Trump and Pence to resume a travel schedule and to host business leaders, medical professionals and lawmakers for meetings.

The stockpile of the rapid testing machines, which provide individual results in 5 to 15 minutes is largely controlled by the federal government. Trump on Tuesday personally delivered boxes of test kits to the Navajo Nation, flying them on Air Force One on his trip to Phoenix.

Responding to concerns raised last week by Dr. Brian Monahan, the attending physician of the US Congress, that his office did not have the capacity to test all lawmakers returning to Washington, Trump directed that Congress be provided with three of the testing machines.

But in a rare joint statement, House Speaker Nancy Pelosi and Senate Majority Mitch McConnell rejected Trump’s offer, directing the test kits to first responders and others on the front lines of fighting the spread of the virus.

There was no immediate response to Trump’s offer from the Biden campaign.