In an interview with the Wall Street Journal, Trump hinted that he regretted nominating Powell in the first place. 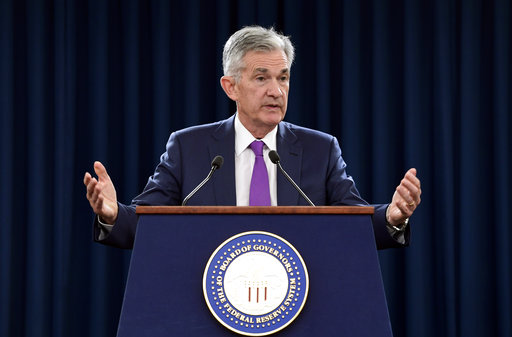 "Every time we do something great, he raises the interest rates," Trump told the Journal.

The criticism comes after Trump last week called the Federal Reserve his "biggest threat" and said Powell was moving "too fast" in hiking rates.

The Fed has raised interest rates three times this year as it seeks to prevent a vibrant economy from overheating, and it is widely expected to raise rates again by 0.25 percent in December.

US presidents usually remain silent on such issues in respect toward the Fed's independence. Trump has previously called Fed policies "crazy."

Trump told the Journal it was "too early to say, but maybe" he regretted nominating Powell for the four-year term he started in February.

"He was supposed to be a low-interest-rate guy. It's turned out that he's not," Trump added.

It is unclear whether the president would have the authority to remove Powell.

The Federal Reserve Act says the president can remove Fed governors "for cause," but that provision does not apply to the chairman, according to the Journal.

Trump said the Fed poses the biggest risk to the US economy, adding that higher interest rates would slow growth and add to the national debt.

"To me the Fed is the biggest risk, because I think interest rates are being raised too quickly," Trump said.

US growth reached 4.2 percent year-on-year in the second quarter, its strongest pace in four years.

On Friday, the government is set to publish the first estimate for the third quarter, which is expected to be 3.3 percent, according to analysts.