US President Donald Trump drove past supporters briefly on Sunday outside the hospital where he is being treated for COVID-19. 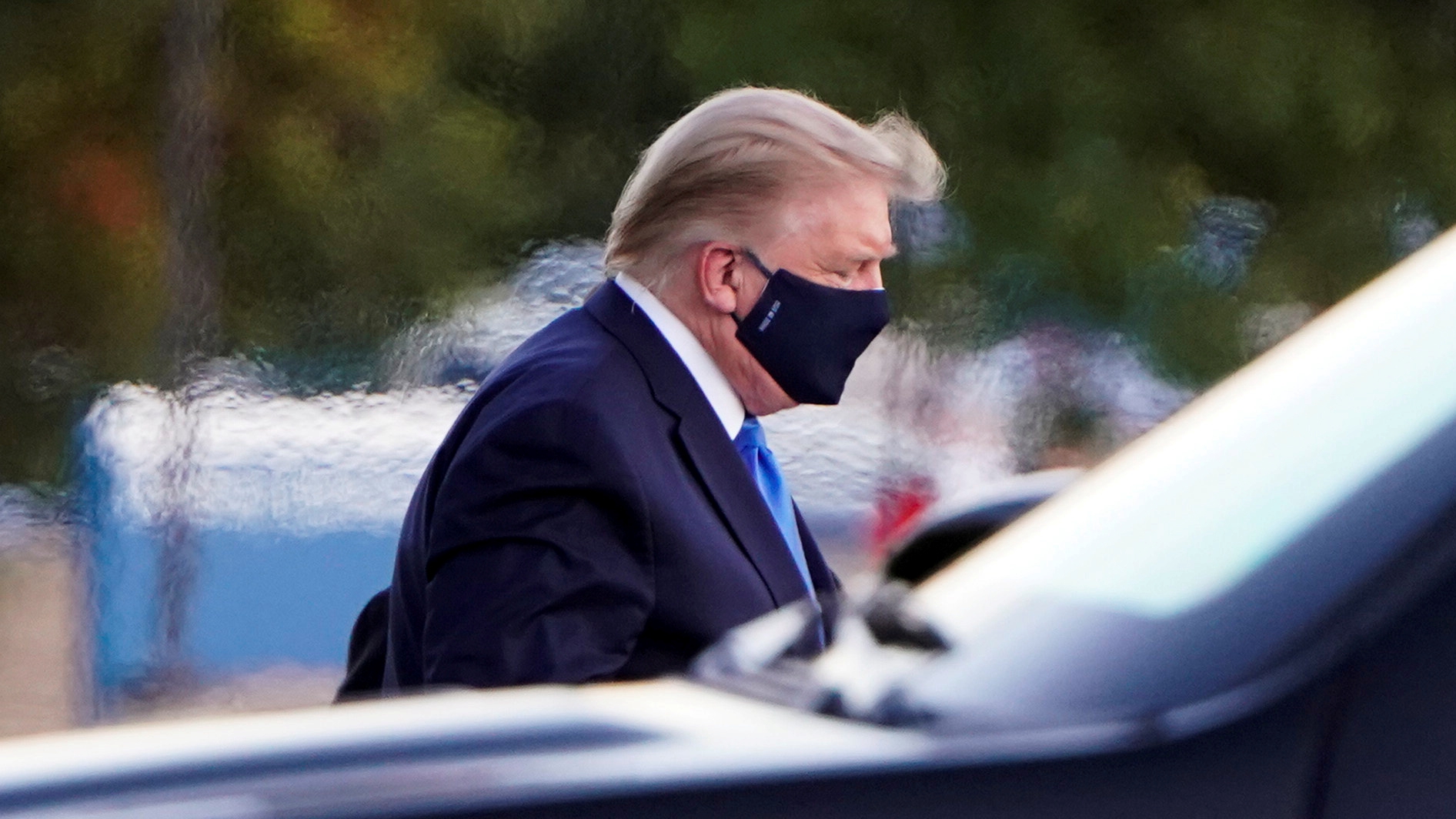 The short outing came minutes after the president had announced "a surprise" for fans, and it appeared designed to personally take back the narrative on his improving health after a weekend of confused and contradictory messaging from the White House and Trump's medical team.

Trump announced early Friday morning via Twitter that he and his wife, Melania, had tested positive for COVID-19 shortly after confirming his close aide Hope Hicks had contracted the virus. He went to the Walter Reed military hospital roughly 17 hours after the announcement.

Seen wearing a dark face mask and waving, the president rolled past delighted supporters before returning to the Walter Reed military hospital near Washington.

Trump, who has been repeatedly rebuked for flouting public health guidelines and spreading misinformation on the pandemic, added that he had "learned a lot about COVID" by "really going to school," as he has battled the virus.

"This is the real school. This isn't the 'let's read the books school,' and I get it, and I understand it, and it's a very interesting thing," he added.

The decision to leave his hospital suite was immediately criticized by the medical community, who voiced bafflement that the president wasn't being kept isolated as he is treated for the highly contagious viral infection.

"That Presidential SUV is not only bulletproof, but hermetically sealed against chemical attack," said James Phillips, chief of disaster medicine at George Washington University. "The risk of COVID-19 transmission inside is as high as it gets outside of medical procedures. The irresponsibility is astounding. My thoughts are with the Secret Service forced to play." 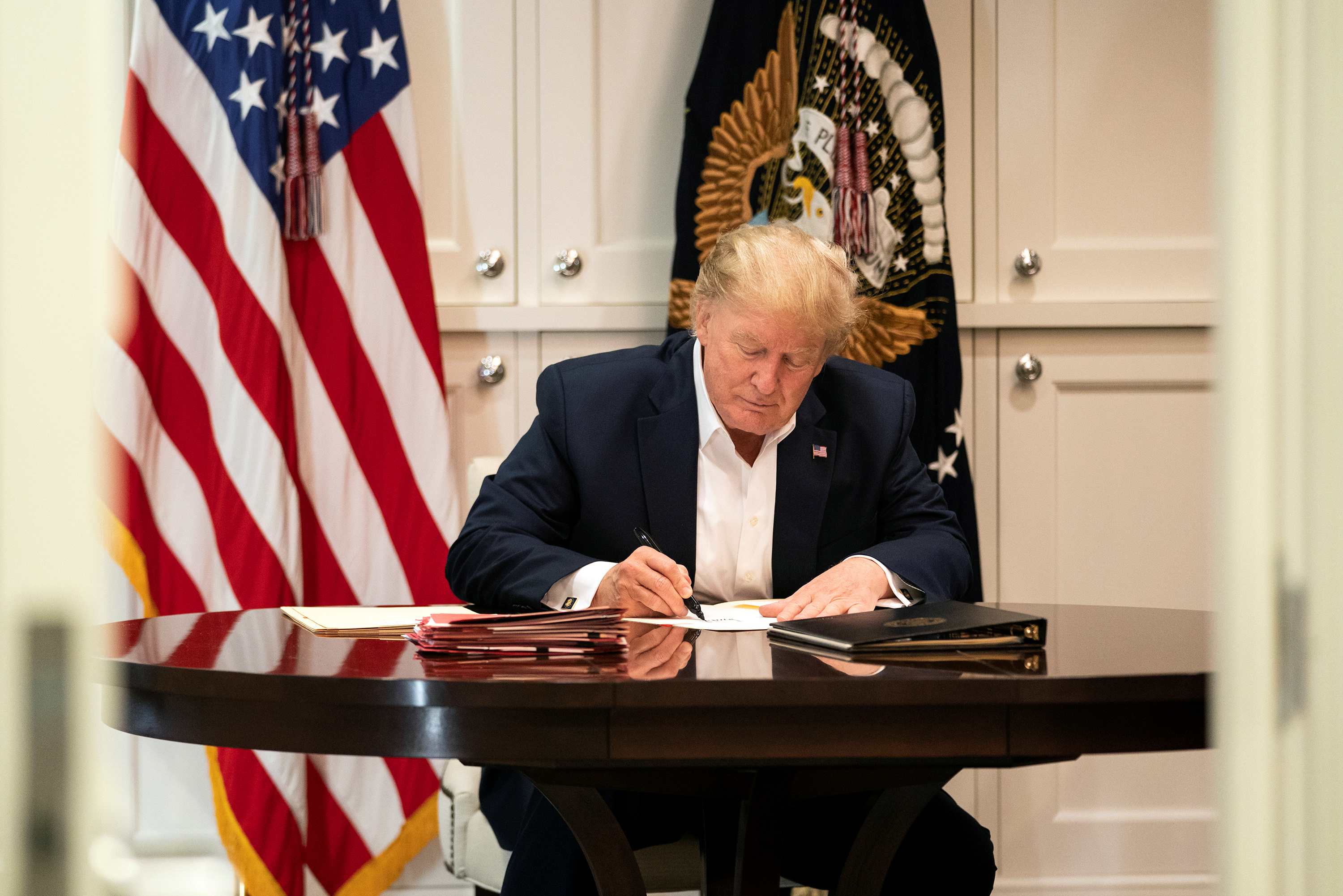 The episode came hours after a briefing by Trump's medical team, who said he had "continued to improve" and could be returned to the White House, which has all the necessary equipment and expertise to continue his treatment, as early as Monday.

"The president has continued to improve," said his White House physician, Sean Conley. "As with any illness, there are frequent ups and downs over the course."

The president was flown to Walter Reed with a high fever on Friday after a "rapid progression" of his illness, with his oxygen levels dropping worryingly low, Conley said.

Health experts have complained that the messaging from the administration – and particularly Trump's medical team – has caused widespread confusion. Conley admitted Sunday that in a briefing a day earlier he'd kept from the public the fact that the president had been given extra oxygen, in a bid to reflect an "upbeat attitude."

Adding to the confusion, Conley gave a rosy account of Trump's progress Saturday only for White House chief of staff Mark Meadows to tell reporters immediately that Trump's condition had been "very concerning" and that he was "still not on a clear path to a full recovery."

And while the medical updates have come regularly, questions remain over the drugs Trump has been given and their implications, how bad his fever became, when he last tested negative and whether there is any lung damage.

"You don't start dexamethasone, Remdesivir and (give) an experimental antibody cocktail to the President in the setting of low oxygen 'dips' unless there's COVID Pneumonia," tweeted Vin Gupta, of the Institute for Health Metrics and Evaluation. "What did his chest imaging show? The American people deserve basic information on their President." 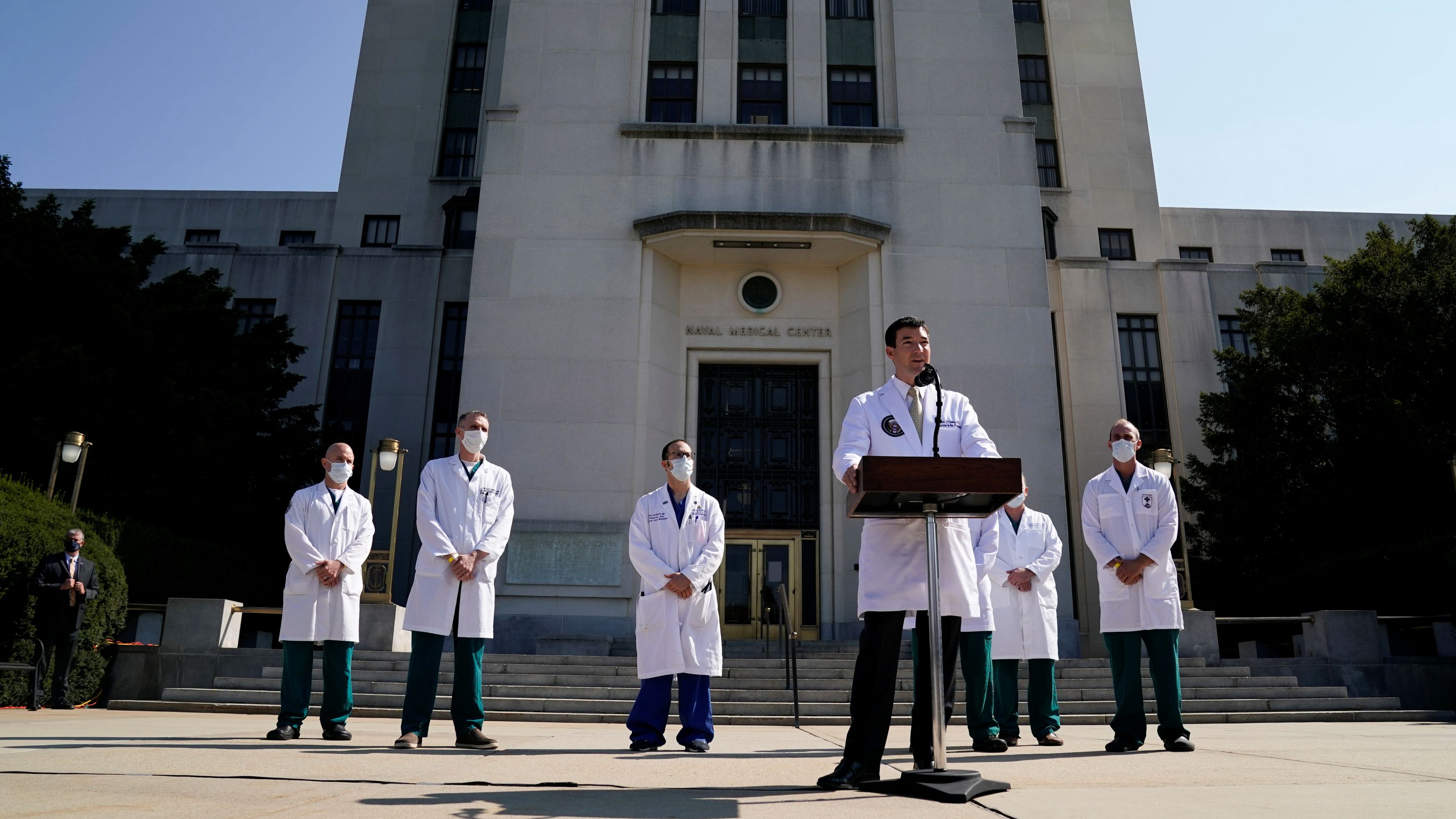 Angry backlash from the medical community

Trump's "surprise visit" to his supporters sparked an angry backlash from the medical community. Experts complained that the outing broke his own government's public health guidelines requiring patients to isolate while they are in treatment and still shedding virus – and endangered his Secret Service protection.

"Every single person in the vehicle during that completely unnecessary Presidential 'drive-by' just now has to be quarantined for 14 days," said James Phillips, chief of disaster medicine at George Washington University. "They might get sick. They may die. For political theater. Commanded by Trump to put their lives at risk for theater. This is insanity."

White House spokesman Judd Deere said "appropriate" precautions had been taken to protect Trump and his support staff, including protective gear. "The movement was cleared by the medical team as safe to do," he added.

But Zeke Emanuel, chair of the Department of Medical Ethics and Health Policy at the University of Pennsylvania and regular TV pundit, described the appearance as "shameful."

"Making his Secret Service agents drive with a COVID-19 patient, with windows up no less, put them needlessly at risk for infection. And for what? A PR stunt," he tweeted. 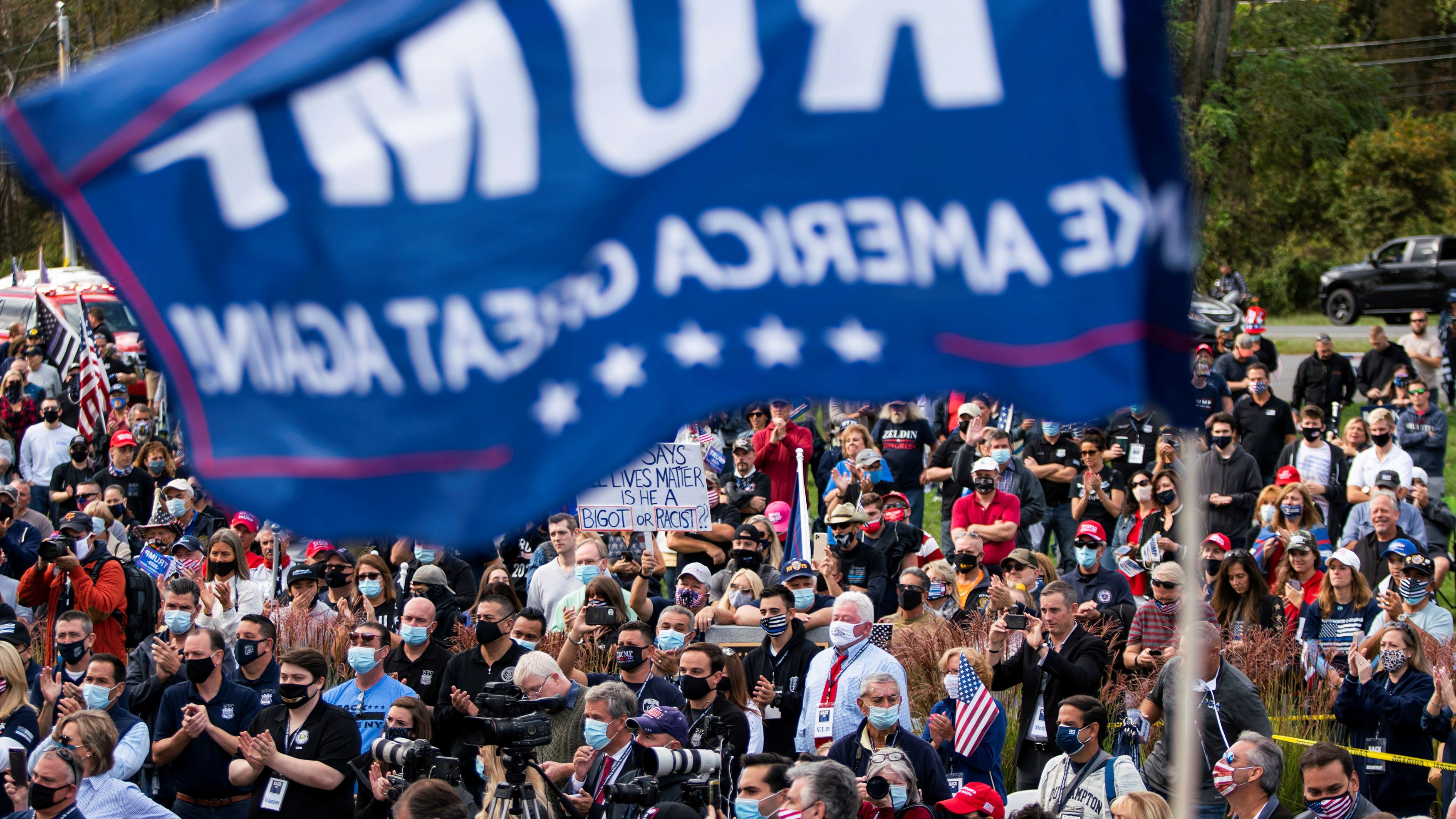 People take part in the pro-police "Back the Blue" and support US President Trump rally in Hauppauge, New York, US, October 4, 2020. /Reuters

The campaign gave no other details when asked about the frequency of Biden's recent testing, according to the pool report.

"It's a choice between two different styles of leadership and since the virus came to our shores back in the spring, Joe Biden has led by example," Biden's deputy campaign manager Kate Bedingfield told ABC's "This Week" on Sunday, citing the campaign's use of masks, social distancing and limits on the number of people at campaign events.

Biden has repeatedly wished the president a speedy recovery. By doing so, analysts believe that the former vice president and his aides are using Trump's positive test to underline a consistent campaign message: Biden would handle the pandemic better than Trump.

The United States has recorded 7.4 million coronavirus infections and more than 209,000 deaths in the pandemic, more than any other country, as of Monday.