Trump looks to the sky to force Taliban to the table 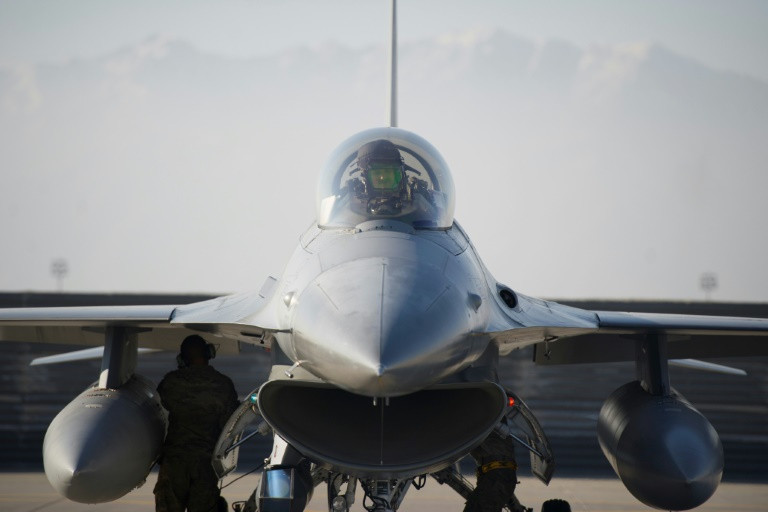 The war in Afghanistan may be entering its 17th year, but screams of military jet engines in the twinkling skies above Bagram Airfield show no sign of quieting.

This city-scale military base just north of Kabul has -- like similar facilities in Kandahar and Jalalabad -- become central to Donald Trump's promise to succeed where his predecessors failed, and end the Afghan war on favorable terms.

Trump concluded a months-long strategy review in August. During that soul searching, the White House came to believe that the Obama administration underutilized America's total aerial superiority. The skies, they believe, could hold one key to unlocking the conflict.

Trump will likely send a few thousand more troops to the country -- a development sure to grab the headlines -- but the days of having 100,000 US military personnel in the country are over.

The ground war is likely to fall more and more to Afghan government forces, and early political efforts will be trained, in part, on getting Pakistan to stop providing safe havens for jihadists across the border.

But the first tangible moves have been a significant increase in the tempo and intensity of airstrikes, an effort to take the war to the Taliban.

The US, which is the only foreign force in Afghanistan carrying out airstrikes, targeted the Taliban and Islamic State group militants with 751 bombs and missiles in September, the month after the strategy review.

That was up 50 percent from August and the highest since October 2010, according to US Air Force data.

US Air Force personnel on the ground in Afghanistan report a significant shift in how air power is being used.

Before, jets patrolled for up to four hours waiting to provide air support to ground forces. But they often returned to Bagram without having fired a shot in anger.

Today, according to Captain Lyndsey Horn, they are much more likely to come back having engaged the Taliban, the Islamic State group or having targeted an opium production facility.

"For a long time here we stagnated," said a second officer. "The effects so far are positive, the long term effects are harder to tell." 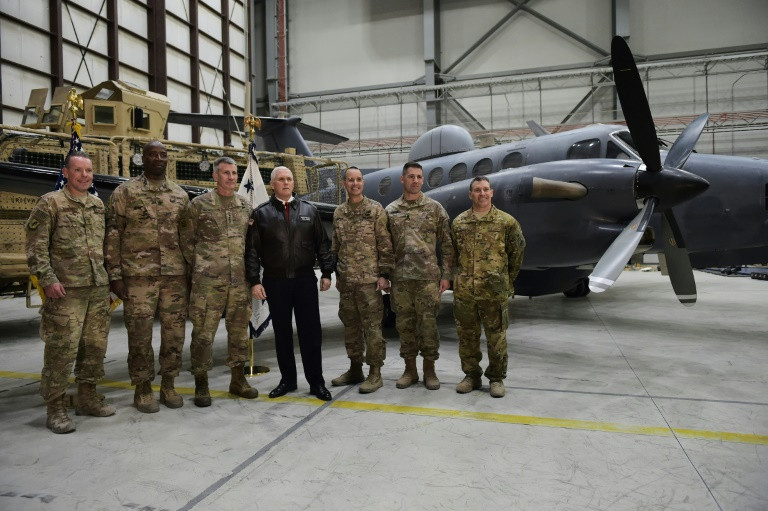 Vice President Mike Pence, who on Thursday became the most senior member of the Trump administration to visit Afghanistan, says the strategy is starting to make a difference in Taliban morale.

"President Ghani informed me that in 2017 we have eliminated more senior leaders of the Taliban than were eliminated in all the prior years combined," Pence said after his meeting in Kabul.

"They have begun to see a sea change in the attitudes among the Taliban" he added. The Taliban "are now beginning to question their future, and our hope is, as we take the fight to the enemy... that eventually the enemy will tire of losing and will be willing to come forward."

Lofty claims of progress are hard to verify, and the Taliban were able to lift their momentum even after the deaths of their first two chiefs, including Mullah Akhtar Mansour who was killed by a US drone strike in 2015 ordered by Trump's predecessor Barack Obama.

Afghan forces, beset by desertions and corruption, have seen casualties soar to what a US watchdog has described as "shockingly high" levels since NATO forces officially ended their combat mission in 2014, and the figures are now classified in an effort to save morale.

The Taliban continue to control or contest 45 percent of the country's territory, according to a September analysis by the respected Long War Journal, and have stepped up raids on security installations across Afghanistan.

No recent arrival at Bagram, and certainly not Trump's Afghan-savvy former generals who had a hand in the new strategy -- namely National Security Advisor HR McMaster and Defense Secretary Jim Mattis -- believe the Taliban is about to surrender wholesale.

But the White House hopes overwhelming force will exacerbate divisions in the Taliban ranks and help lure more members to the negotiating table, where America's diplomats will be waiting.

Officials admit the US strategy is not without risk, and the longer it runs the more costs will accrue.

And while the US recently wiped out 10 Taliban labs used to process opium into heroin, counter-narcotics experts believe three million Afghan farmers make their living from the crop, which has been described as "a low-risk crop in a high-risk environment."