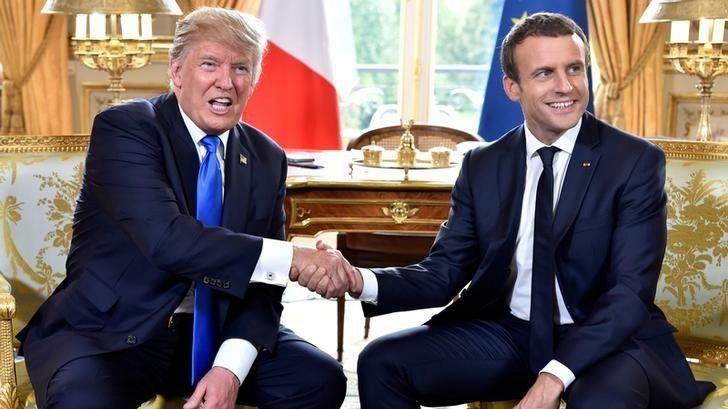 The two leaders discussed the importance of NATO and counterterrorism efforts in Africa, the White House said in a statement.

French Minister of the Armed Forces Florence Parly earlier expressed concern that the expected U.S. forces drawdown in Africa would "severely limit our effectiveness against terrorists."

The Pentagon said last week that it will deploy parts of the 1st Security Force Assistance Brigade (SFAB) to conduct train, advise, and assist missions in Africa.

The deployment of the SFAB will "help improve Army readiness by reducing the demand for brigade combat teams" in Africa, said the Pentagon, adding that the SFAB will allow the Army to return elements of an infantry brigade from the 101st Airborne Division back to its home base of Fort Campbell, Kentucky.