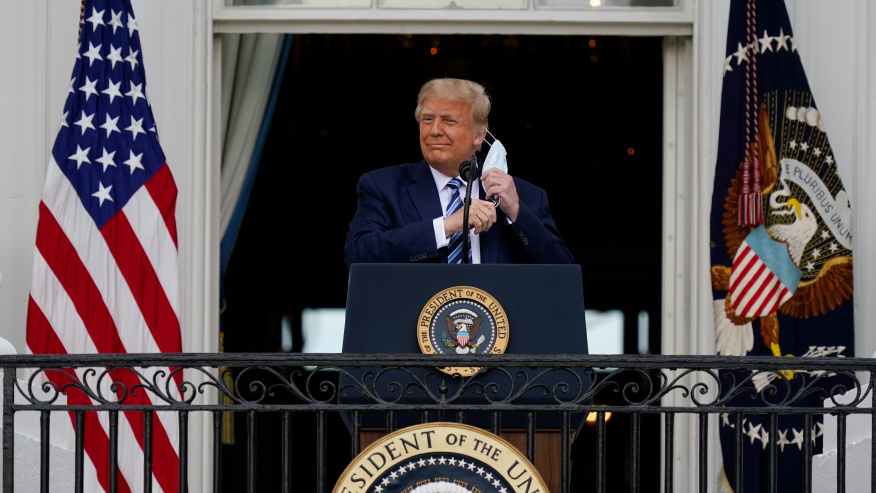 US President Donald Trump removes his face mask to speak from the Blue Room Balcony of the White House to a crowd of supporters, Saturday, Oct. 10, 2020, in Washington. (Photo: AP)

WASHINGTON, Oct. 10 (Xinhua) -- U.S. President Donald Trump made his first public appearance at the White House on Saturday since he returned from hospitalization for COVID-19.

"I am feeling great," Trump told hundreds of supporters from the Truman Balcony, which overlooks the South Lawn.

He went on speaking for about 18 minutes, attacking Democrats while stressing "law and order," a central theme of his reelection campaign.

A White House spokesperson said it was "an official event" not a campaign.

Saturday was the 10th day since Trump tested positive for COVID-19.

The president had completed his therapy and been medically cleared for public events but the White House won't say when the last he tested negative.