WORLD Trump making his 10th visit to Ohio, part of a 2020 strategy

Trump making his 10th visit to Ohio, part of a 2020 strategy

US President Donald Trump is returning to the state that foretold his 2016 victory and serves as the linchpin of his re-election effort. 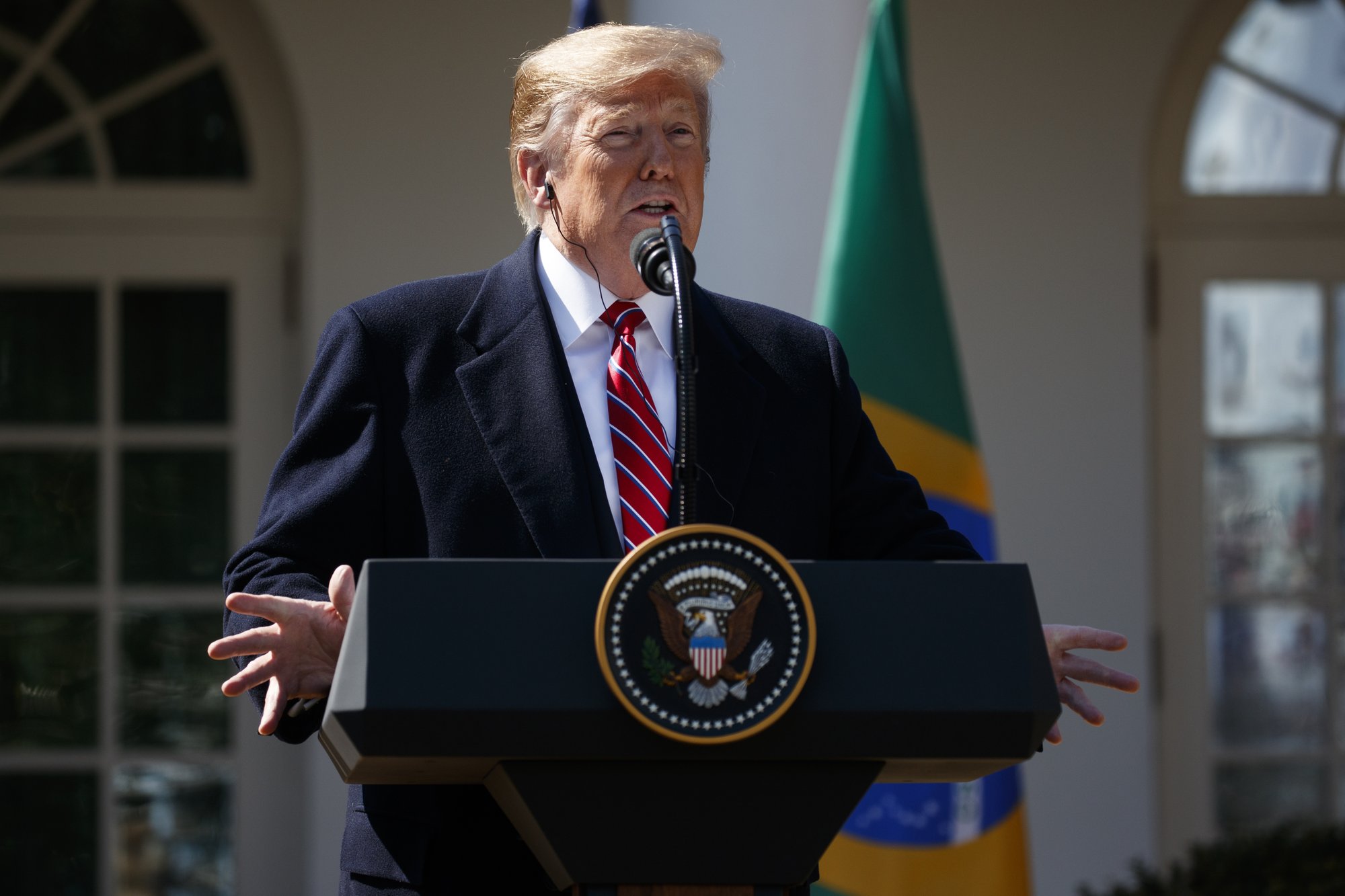 US President Donald Trump speaks during a news conference with Brazilian President Jair Bolsonaro in the Rose Garden of the White House, Tuesday, March 19, 2019, in Washington. (Photo: AP)

Trump's visit to Ohio on Wednesday marks his first trip to the state since last year's midterm election campaign , when the state was a rare bright spot for Republicans in the upper Midwest. But with Trump's path to another four years in the White House relying on a victory in the state, his nascent campaign is mindful of warning signs that Ohio can hardly be taken for granted in 2020.

Perhaps no state has better illustrated the re-aligning effects of Trump's candidacy and presidency than Ohio, where traditionally Democratic-leaning working-class voters have swung heavily toward the GOP, and moderate Republicans in populous suburban counties have shifted away from Trump. It's for that reason, administration officials said, that Trump keeps returning to Ohio — this week's visit marks his 10th to the state since taking office.

The visit is part of a 2020 Trump strategy to appear in battleground states in his official White House capacity as much as possible this year, said a person with knowledge of the plans who was not authorized to speak publicly. Trump is expected to make similar trips throughout the year as he seeks to boost enthusiasm to counter an energized Democratic base. It's a strategy employed by previous presidents, both to leverage the prestige of office for political purposes and to offset the steep costs of presidential campaign travel with corresponding taxpayer-funded events.

Trump is set to visit the Lima Army Tank Plant, which had been at risk for closure but is now benefiting from his administration's investments in defense spending. He'll also hold a fundraiser for his re-election campaign in Canton. Administration officials said the resurgence of the tank plant, which has benefited that region of the state, offers a compelling story for Trump to relate.

For both parties, the results of the 2018 midterms have become a sort of "choose-your-own-adventure" moment for 2020 prognosticators. Republicans contend that the election of the state's GOP governor, Mike DeWine, largely mirrored Trump's 2016 path to victory and proves the strength of his coalition. They believe Trump's coattails in the state are long, as incumbent Republican congressional candidates in suburban counties like Reps. Steve Chabot and Troy Balderson won re-election last year in no small part because of the president's frequent visits to the state.

"He's a fighter," said Ohio GOP Chair Jane Timken, "and that's one of the reasons why if you look at the Mahoning Valley, that's become a Republican portion of the state."

Democrats, for their part, highlight the re-election of Sen. Sherrod Brown, viewing his victory on a populist appeal as a signpost for their 2020 ticket. "A lot was driven by a realignment occurring among former Republican strongholds in the suburbs," said Ohio Democratic Party Chairman David Pepper. "With the right candidates, with the right message, 2020 could look a lot like Sherrod Brown's victory."

Nationally, Democrats have placed less of an emphasis on the traditional battleground state. Ohio was conspicuously absent from the list of key 2020 states — Wisconsin, Michigan, Pennsylvania and Florida — that are receiving a share of a $100 million investment by the Democratic super PAC Priorities USA. The state doesn't even make the PAC's "phase two" roster, which includes Nevada, Arizona, Georgia, North Carolina and New Hampshire.

The Republican National Committee, in laying the groundwork for the Trump campaign's field program, has maintained a constant presence in Ohio since 2012. Former RNC co-chair Bob Paduchik, who ran Trump's 2016 effort in the state, is repeating his role.

Trump's visit comes days after he railed against the closure of a General Motors plant in Lordstown, a significant contributor to the economy in the eastern part of the state. The plant, which produced Chevy Cruze sedans, closed earlier this month despite bipartisan pressure on the automaker, which claims it is responding to consumer demand for larger vehicle types.

"Because the economy is so good, General Motors must get their Lordstown, Ohio, plant open, maybe in a different form or with a new owner, FAST!" Trump tweeted Saturday. It marked a reversal from his comments to Fox News last year on the plant closing that "it doesn't really matter" because the state would replace the jobs quickly.

Trump allies acknowledged that Trump may be limited by what he can accomplish for the Lordstown plant, but said his vocal advocacy signaled to his supporters in the area that he is fighting on their behalf.

On Sunday, Trump criticized a local union leader's handling of the closure after the leader was quoted on Fox News discussing the episode and after the president had a phone conversation with GM CEO Mary Barra. "Democrat UAW Local 1112 President David Green ought to get his act together and produce," Trump said. He later tweeted of his conversation with Barra, "She blamed the UAW Union," though the company disputed the president's account.

Pepper, the Democratic chair, blasted Trump's criticism of the UAW leader, comparing it to Republican Mitt Romney's pre-2012 column opposing the Obama-era auto bailout program," saying, "Trump couldn't have offended more of the nerves that are at the heart of the valley than he just did."