US President Donald Trump hinted Tuesday he may attend the next White House Correspondents' Dinner -- an event he has shunned since taking office -- as no comedian is on the program. 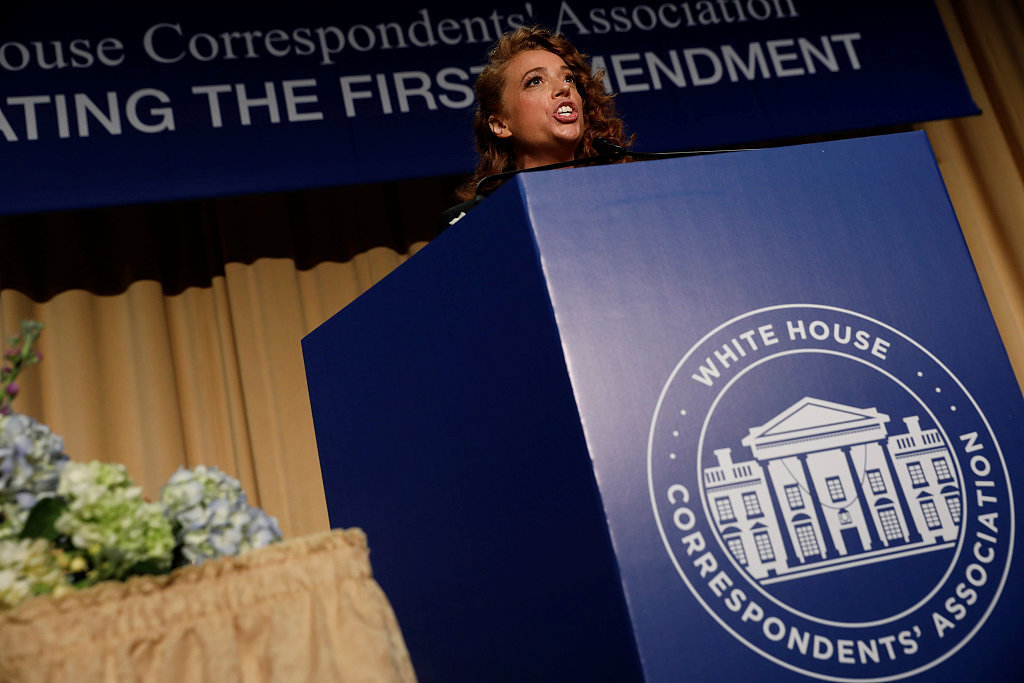 "So-called comedian Michelle Wolf bombed so badly last year at the White House Correspondents' Dinner that this year, for the first time in decades, they will have an author instead of a comedian. Good first step in comeback of a dying evening and tradition! Maybe I will go?" Trump tweeted.

Wolf delivered a controversial star turn this year, mercilessly sending up White House spokeswoman Sarah Sanders, who was seated on the dais with her.

The day after Wolf's searing monologue, the then president of the White House Correspondents' Association, Margaret Talev, said the comedian's efforts were "not in the spirit of the mission" of celebrating a free press and "honoring civility."

And the April 27, 2019 event will break with the tradition of featuring a comedian, with the guest speech coming from historian and biographer Ron Chernow, who is best known for his biographies of Alexander Hamilton and two former US presidents.

The annual gala dates back to 1921, and from 1980 until 2017, presidents from both parties had attended, except for 1981, when president Ronald Reagan was recovering from being shot.

Presidents usually give a speech filled with self-deprecating comments and jabs at the press, after a comedian has taken aim at the commander-in-chief.

While Trump has not gone to the event since taking office, he did attend as a guest in 2011, when he was subjected to a blistering roast by then-president Barack Obama, who mocked the reality TV star for peddling the conspiracy theory that the Hawaii-born leader lacked a valid US birth certificate.