President Donald Trump of the United States and British Prime Minister Theresa May discussed the Middle East and Brexit during their first phone call since sparring over Trump's retweets of a British far-right group.

Trump's tweets of "Britain First" anti-Muslim propaganda on November 29 prompted a rebuke from May though there was no mention of the episode in press statements put out by Downing Street and the White House.

The UK subsequently also voted against Washington on a United Nations UN Security Council resolution that condemned Trump's decision to unilaterally recognize Jerusalem as Israel's capital. The US vetoed the motion.

"They discussed the different positions we took on the recognition of Jerusalem as the Israeli capital and agreed on the importance of the US bringing forward new proposals for peace and the international community supporting these efforts," a Downing Street spokesman said. 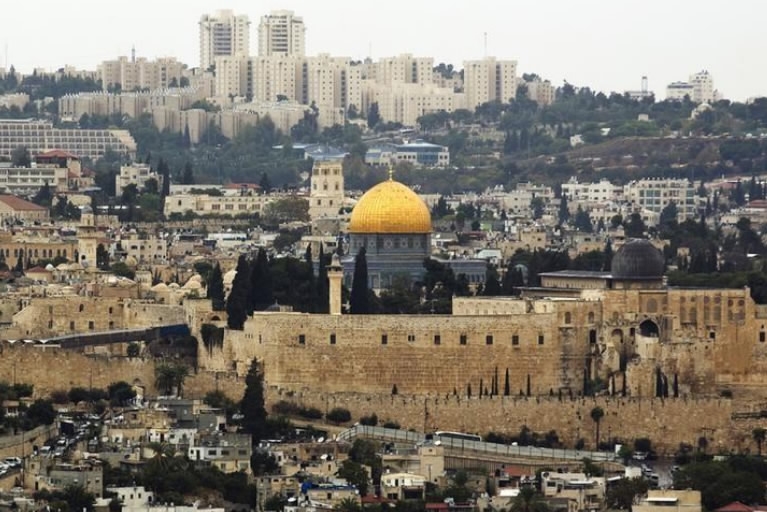 A general view of Jerusalem's Old City shows the Dome of the Rock in the compound known to Muslims as Noble Sanctuary and to Jews as Temple Mount. /Reuters Photo

"The President and Prime Minister discussed next steps in forging peace in the Middle East," the White House said.

They also discussed Britain's negotiations to withdraw from the European Union, with the British side saying that they "agreed on the importance of a swift post-Brexit bilateral trade deal."

There was no mention of such an agreement in Washington's account of the call, although Trump has made similar pledges in the past.

"The prime minister updated the president on the recent good progress of the Brexit negotiations, and the president set out the progress he had made on his economic agenda," the Downing Street spokesman said.

"President Trump congratulated the Prime Minister on the decision by European Union leaders to move to the second phase of the Brexit negotiations," according to Washington.

May and Trump also talked about Yemen, with May "highlighting our ongoing deep concerns at the humanitarian situation," according to Downing Street.

"They agreed on the vital importance of reopening humanitarian and commercial access to prevent famine and alleviate the suffering of innocent Yemenis," the spokesman said.