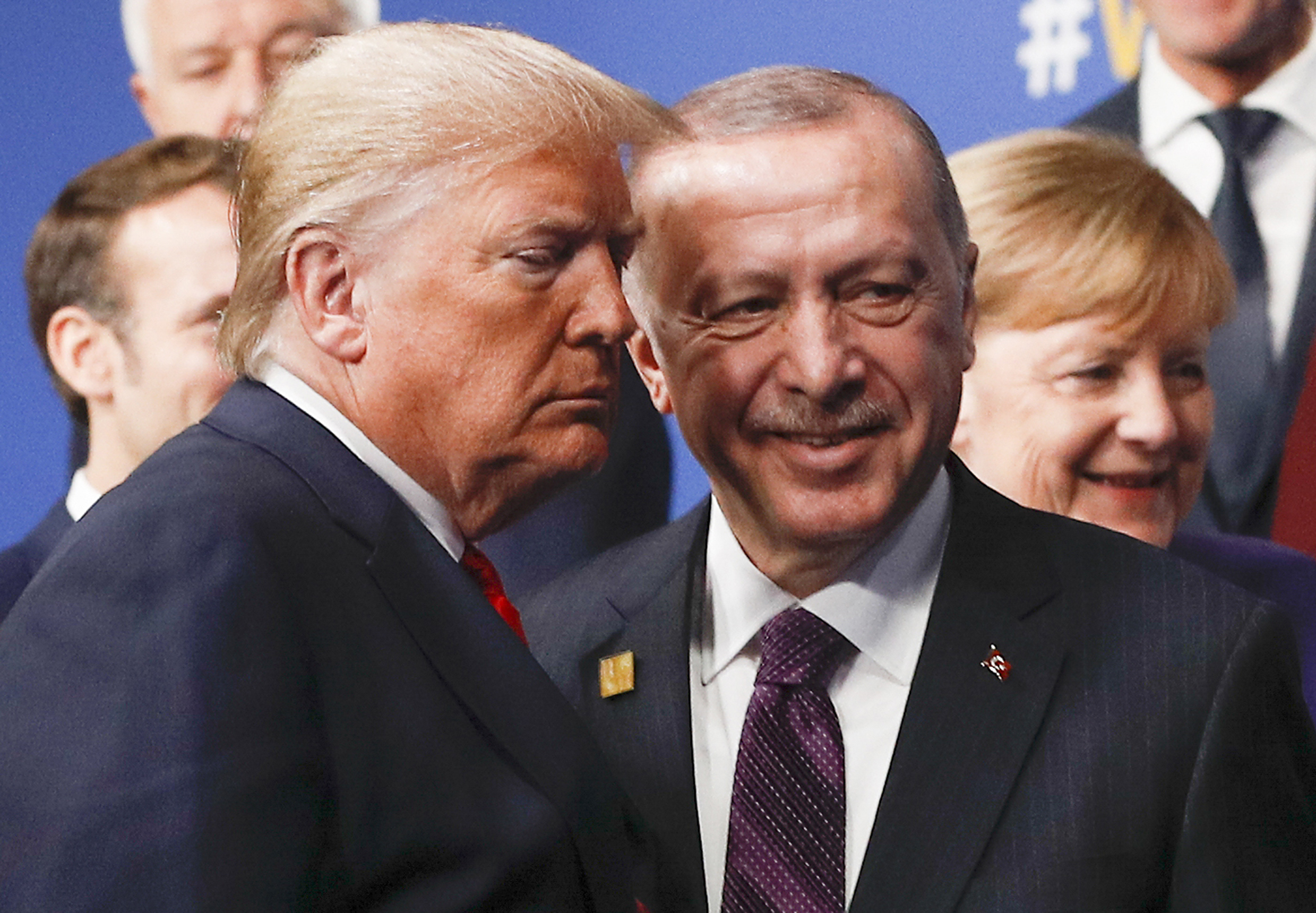 Photo: US President Donald Trump (L) and Turkey's President Recep Tayyip Erdogan (R) leave the stage after the family photo to head to the plenary session at the NATO summit at the Grove hotel in Watford, northeast of London on December 4, 2019. /AFP

US President Donald Trump held a previously unannounced bilateral meeting with Turkey's President Recep Tayyip Erdogan on the sidelines of the NATO summit on Wednesday.

Turkey has faced criticism among the allies at the London meeting and has threatened to impede a stronger defence policy for the Baltic states and the head-to-head was not on Trump's published agenda.

Some of Turkey's western allies, particularly France, have sharply criticised Ankara's operation in northern Syria, which has targeted the Kurdish militia fighters who helped defeat the Islamic State group.

European capitals were as annoyed that Erdogan chose to buy and deploy Russia's S-400 air defence system, in defiance of US sanctions threat and NATO defence procurement policy.

But Ankara in turn has demanded that NATO members recognise the Kurdish groups as "terrorists" and has threatened to oppose measures to shore up eastern European members against threats from Russia.