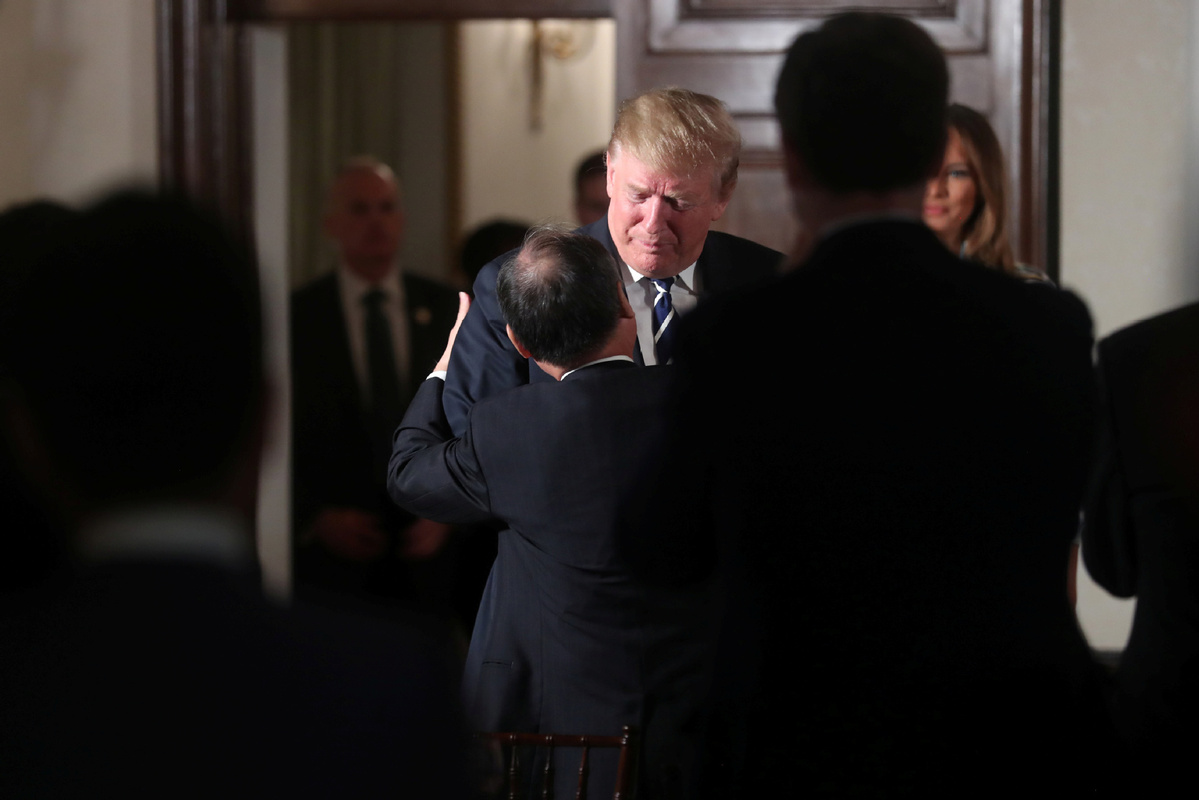 US President Donald Trump on Saturday met Japanese business leaders in Tokyo, the first of a series of events in his four-day state visit to Japan.

Trump said in an address to the business leaders that through negotiations for a Japan-US trade agreement, he wants to make bilateral trade "a little bit more fair," referring to what he sees as a trade imbalance

"With this deal, we hope to address the trade imbalance, remove barriers to United States exports, and ensure fairness and reciprocity in our relationship," he said.

Trump arrived in Tokyo on Saturday afternoon and is expected to hold an official meeting with Japanese Prime Minister Shinzo Abe on Monday.

They are also scheduled to play golf and watch a grand sumo tournament on Sunday.

During the Abe-Trump summit, the leaders are likely to emphasize issues of bilateral trade, with Trump pushing Japan to cut its trade surplus with the United States, according to local media forecast.