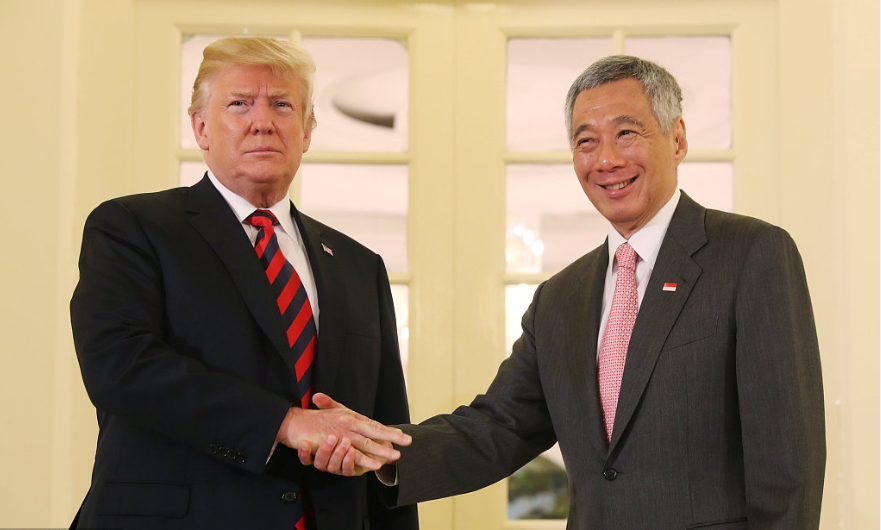 The meeting is expected to focus on Trump's high-profile summit with Kim Jong-un, top leader of the Democratic People’s Republic of Korea (DPRK), and US-Singapore relations.

Trump and Lee are expected to have a working lunch together after the talks.

Trump arrived in Singapore Sunday night and is staying at the Shangri-La Hotel, which is near Kim's hotel.

Trump tried to lower the world’s expectations on the possible outcome of the summit. The talks are likely to fail to yield any results, Trump hinted on Saturday.

The summit is scheduled to begin at 9:00 am tomorrow. US officials said the US expects the summit to last until late in the evening. A joint declaration will be issued if the summit is successful. Officials ruled out the possibility that the talks may continue the next day.

Trump said on Saturday that the Singapore summit is Kim’s only opportunity to achieve peace with conditions of removing DPRK’s nuclear weapons.

US Secretary of State Mike Pompeo reinforced Washington’s stance in a tweet Monday morning, saying the US still insists on the “complete, verifiable, and irreversible dismantlement” of Pyongyang’s nuclear program.