WORLD Trump, Merkel meet at NATO after he slams Germany

Trump, Merkel meet at NATO after he slams Germany 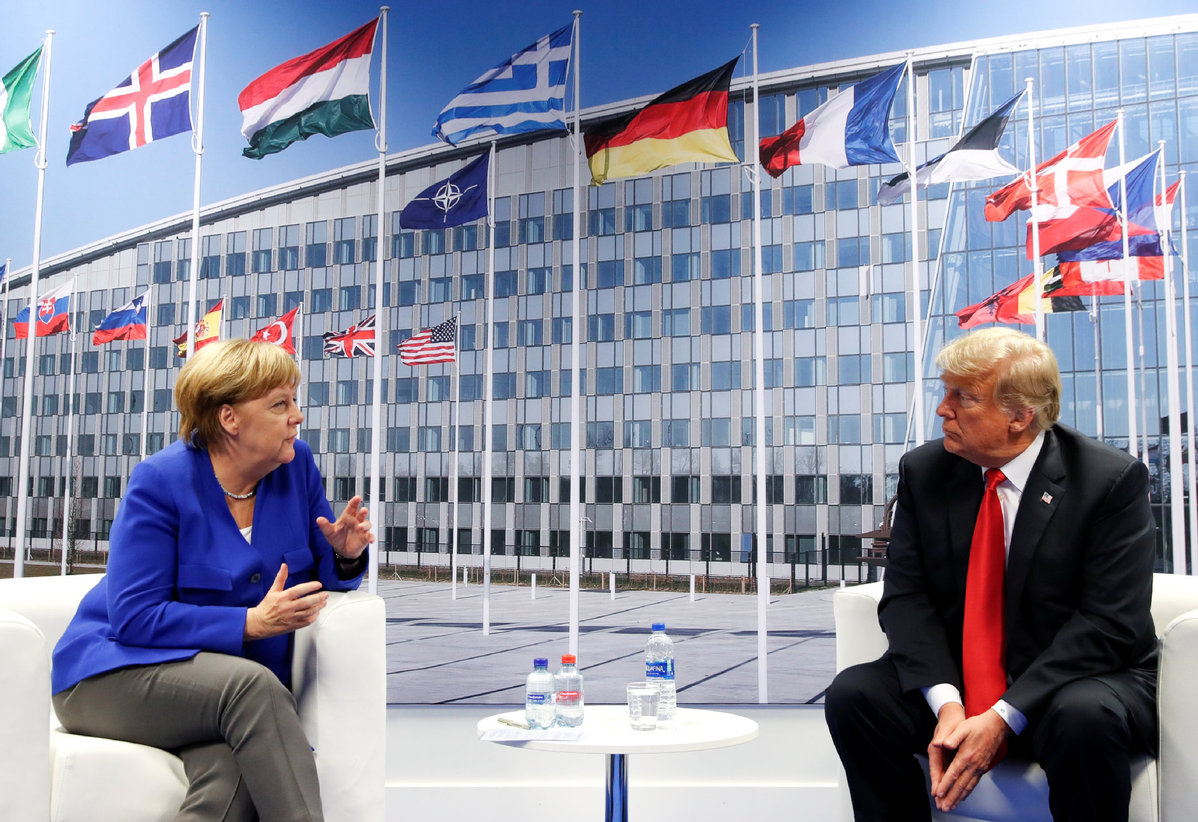 US President Donald Trump held talks with German Chancellor Angela Merkel on the sidelines of a NATO summit in Brussels on Wednesday, hours after he fiercely criticised German policy on defence spending and gas imports from Russia.

The tone of their remarks when they jointly addressed reporters afterward appeared businesslike, after Trump had said Germany's reliance on Russian energy left it "in the control" of Moscow and Merkel later referred to her youth in Soviet-run East Germany to insist Berlin was now fully sovereign.

"We're having a great meeting. We're discussing military expenditure ... talking about trade," Trump told reporters who were allowed in to the meeting room.

Merkel said she had discussed migration and trade with Trump and looked forward to further exchanges as the US remained a partner of Germany.