For the second time in four years, the Democratic presidential primary pitted the expanding progressive movement against an eventually victorious establishment. But as the party gathers virtually this week to nominate Joe Biden for the presidency, the possibility of President Donald Trump’s reelection has become Democrats’ unifying and energizing force. 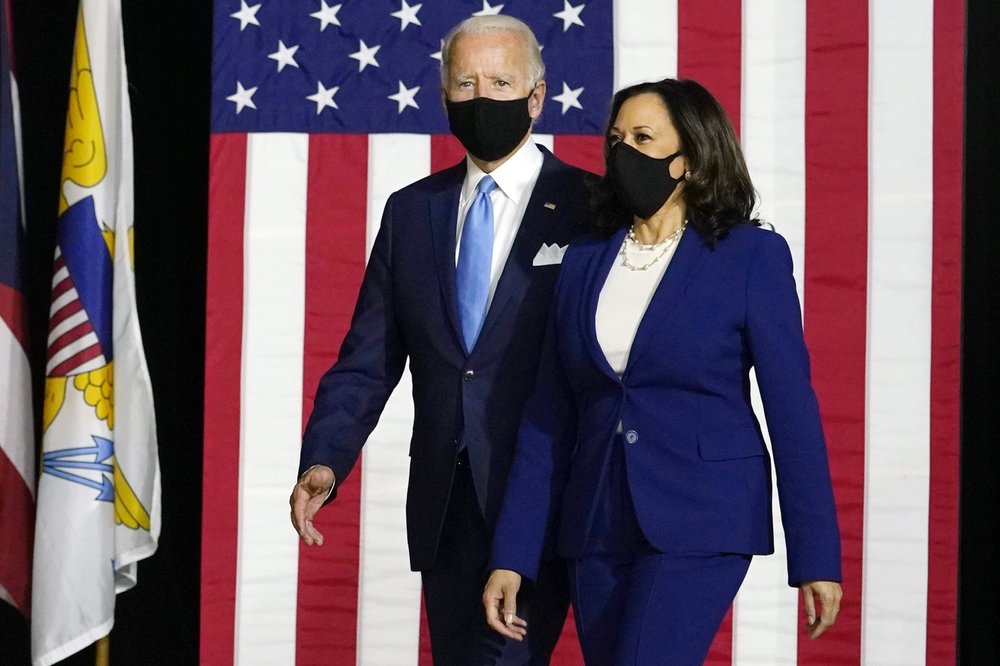 “Nobody fits neatly and tightly into any one bucket,” said Georgia Democratic Chairwoman Nikema Williams. “What we all fit into is knowing that right now we don’t have leadership in our country, and it’s hurting all of us.”

That’s an important shift from 2016, when Hillary Clinton struggled to build a coalition between her supporters and those who backed Sen. Bernie Sanders, who again finished as runner-up this year. It reflects both the work Biden has done to court the left and the urgency among Democrats to defeat Trump, which has only intensified amid the pandemic, economic turmoil and a national reckoning on racism.

Still, the party’s ideological splits haven’t vanished. There are disagreements over how to achieve universal health care, make higher education affordable, overhaul law enforcement practices and reengage with countries that are questioning America’s role in the world.

Leaders on the left warn that Biden must still keep their interests in mind, offering a reminder that even a November victory won’t guarantee a united front during a Biden presidency.

“Progressives are going to vote against Trump,” said Stephanie Taylor, co-founder of the Progressive Change Campaign Committee, but she called it “demoralizing and wrong” for Biden and the Democratic National Committee to give convention airtime to figures like billionaire Mike Bloomberg, the former New York City mayor who spent more than $500 million of his own money running for the nomination.

Taylor nodded at Biden’s pick of Kamala Harris as his running mate, the first Black woman on a major party’s ticket. But she cast the California senator, who is also of Asian descent, as an establishment politician alongside Biden, a former vice president first elected to the Senate in 1972.

“If Biden and Harris want to energize progressives to donate and volunteer,” Taylor said, “they need to elevate leaders like Alexandria Ocasio-Cortez and Julian Castro, and policies like canceling student debt and Medicare for All. Progressive energy matters, and voter energy matters. We’re fighting Trump as hard as we can right now — just don’t take that for granted.”

In fact, Ocasio-Cortez, the New York congresswoman and a face of young progressives, and Castro, who set the 2020 presidential field’s left flank on immigration, will speak during the four-night convention. But Taylor’s sentiment underscores the complexity in Biden’s effort to corral the spectrum of voters dissatisfied with Trump.

Despite Biden’s five decades at the core of the Democratic Party, he’s not a natural fit for every faction in 2020.

As younger activists gain clout in shaping the party’s priorities, Biden will be 78 on Inauguration Day, making him the oldest person to assume the presidency if he’s elected. As a white man, his core constituencies are white moderates and Black women, who revived his campaign in part because of their appreciation of Biden’s service as vice president to Barack Obama, the first Black president. And his reverence for institutions such as Congress is at odds with the most intense voices of both political parties, where activists often put a premium on outsiders and aren’t eager to compromise.

To a large degree, Biden is comfortable with the challenges. From its start, his campaign has been as much a moral argument against Trump as about settling an absolute identity for his party. He’s said plainly he wouldn’t have run if Trump weren’t president. Two of his three campaign themes are aimed squarely at the incumbent: “restore the soul of the nation” and “unite the country.”

On policy, Biden did take a side in Democrats’ identity battle, running as a pragmatic alternative to Sanders and Elizabeth Warren in the primary. He wants a “public option” government health insurance plan, not their preferred single-payer insurance system that would scrap private insurance altogether. He wants to offer considerable aid for college tuition and to ease student debt, even widening his proposals since capturing the nomination. Yet he still doesn’t go as far as Sanders.

He’s pitched trillions in spending to combat the climate crisis but doesn’t fully embrace progressives “Green New Deal.” Biden wants a range of tax hikes on corporations and the wealthy, and since the pandemic has ratcheted up his rhetoric on the deep-seated inequalities in U.S. society. He’s adopted Warren’s proposed overhaul of U.S. bankruptcy laws to make them more consumer friendly, but he also goes out of his way not to vilify business and wealth.

A deal-maker from his 36 years in the Senate, Biden spent his months as presumptive nominee working with progressives on various proposals. He calls himself the “most progressive” nominee in the modern era and says his agenda, if enacted, would rank alongside seminal Democratic Presidents Franklin Roosevelt and Lyndon Johnson. But he’s never expressly retreated from a core message he wielded against Sanders: “People are looking for results, not a revolution.”

All that leaves Biden and the party wide latitude to solicit voters — but also to leave some disillusioned.

“We are a big party,” said Democratic National Chairman Tom Perez, arguing that a convention lineup that ranges from Sanders, a democratic socialist, to a conservative Republican like former Ohio Gov. John Kasich, still speaks to “common values.”

When talking more broadly, Democratic leaders and activists interviewed ahead of the convention most often mentioned three qualities: the party’s diversity, support of workers and Biden’s reputation for empathy.

“The Democratic Party is a microcosm of the United States of America,” said House Minority Whip Jim Clyburn, a South Carolina Democrat whose endorsement of Biden was a turning point in the nominating fight.

Williams, the Georgian who is also the Democratic nominee to succeed the late Rep. John Lewis, celebrated Harris’ nomination, regardless of any hand-wringing over the senator’s record as a prosecutor or how she treated big banks as California attorney general. “That motivates me to get out there and work my butt off,” she said.

Perez called Biden an ideal figure to tie disparate factions together with Trump as the opponent. “Joe Biden is a fundamentally honest and decent person,” he said.

Among many progressives who didn’t want him as nominee, those personal characteristics and the presumption they attract independents and Republicans in the voting booth is enough to warrant support.

Larry Cohen, a prominent Democratic national committeeman, Sanders confidant and labor leader, pointed to Democrats on Capitol Hill as the guide for the party. Democrats won the House majority in 2018 largely on the strength of more moderate nominees running in suburban and exurban swing districts. But several young progressives, including Ocasio-Cortez, won seats, as well, across battlegrounds and safe Democratic districts.

Democrats’ hopes to retake the Senate and, in turn, move any significant agenda depends first on a similarly varied slate winning enough seats. Even then, Cohen said, Democrats will have to navigate internal party fights, almost certainly including whether to abolish the filibuster, so that major legislation doesn’t require 60 votes.

“When I look at the ticket, I see two experts on the Senate, on getting things done,” he said, invoking a personal motto: “Forward ever.” “The rest of that line that I don’t always use,” Cohen said, is “‘backward never.’”