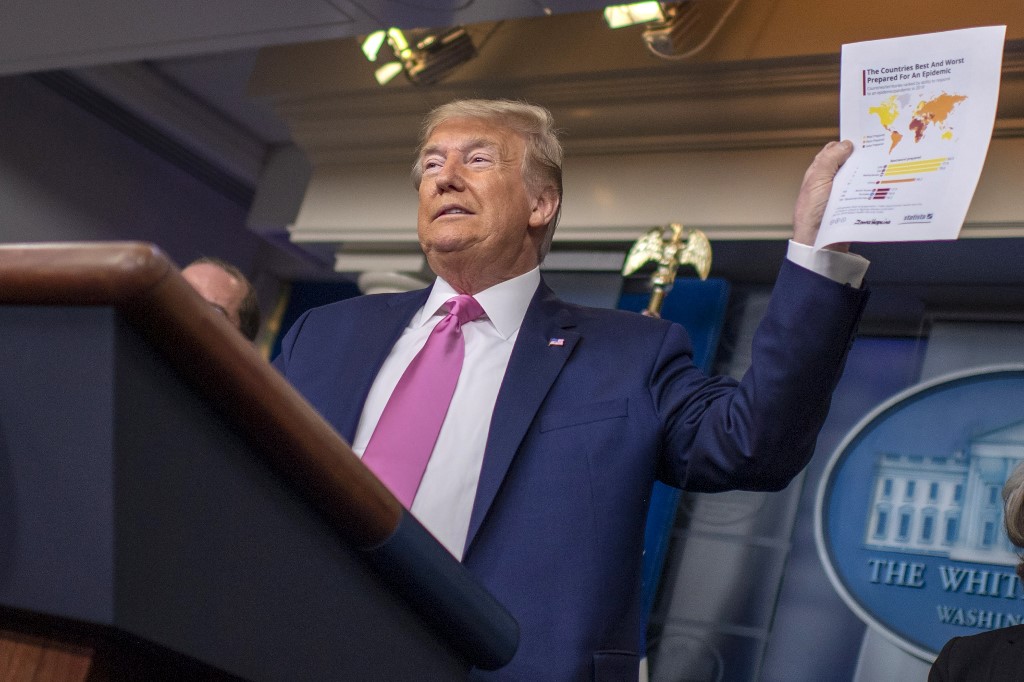 US President Donald Trump holds up a document showing "countries best and worst prepared for an epidemic" during a news conference on the COVID-19 outbreak at the White House on February 26, 2020. (Photo: AFP)

Donald Trump said Wednesday he was considering US travel restrictions on Italy and South Korea over coronavirus fears, adding the situation would not inevitably worsen in the United States.

The president's optimism about containing the pathogen contradicted a senior health official in his own administration and came as authorities said they had identified the first case of unknown origin in the United States.

He appointed Vice President Mike Pence to lead the response to the disease.

The message was at odds with the Centers for Disease Control and Prevention, which urged Americans a day earlier to be prepared to cancel mass gatherings and said schools and businesses should look at developing teleworking plans.

As of Wednesday, there were 60 cases in the United States -- 15 detected through the public health system and 45 repatriated from abroad.

The CDC said the latest case in California "did not have relevant travel history or exposure to another known patient" -- meaning it could represent the first instance of "community spread" in the US, though this was not yet confirmed.

Community spread means spread of an illness for which the source of the infection is unknown.