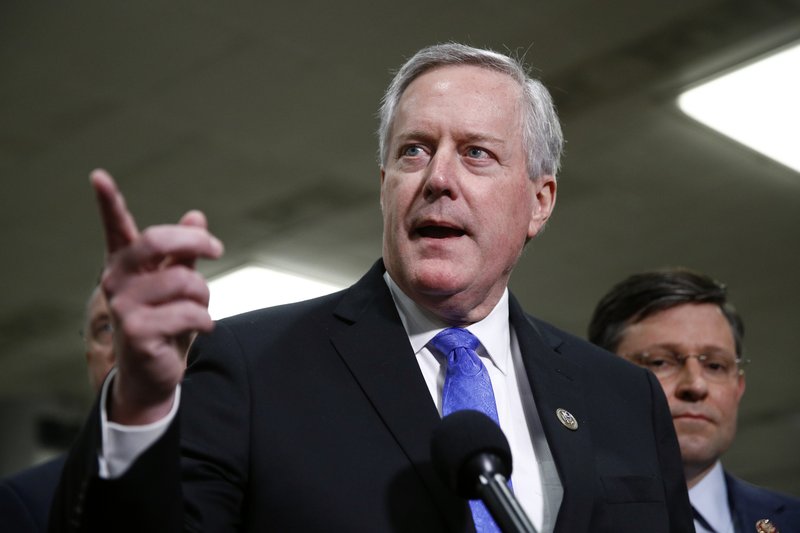 FILE - In this Jan. 29, 2020, file photo, Rep. Mark Meadows, R-N.C., speaks with reporters during the impeachment trial of President Donald Trump on charges of abuse of power and obstruction of Congress on Capitol Hill in Washington. (Photo: AP)

US President Donald Trump on Friday named Rep. Mark Meadows as his new chief of staff, replacing Mick Mulvaney, who been acting in the role for more than a year.

The long-rumored move makes Meadows, who announced he was not seeking reelection for his House seat from North Carolina, effectively Trump’s fourth chief of staff since taking office in 2017.

The decision comes as the Trump administration has faced criticism for its handling of the novel coronavirus outbreak. Mulvaney had been leading the interagency response to the virus until Trump designated Vice President Mike Pence to lead the whole-of-government effort more than a week ago.