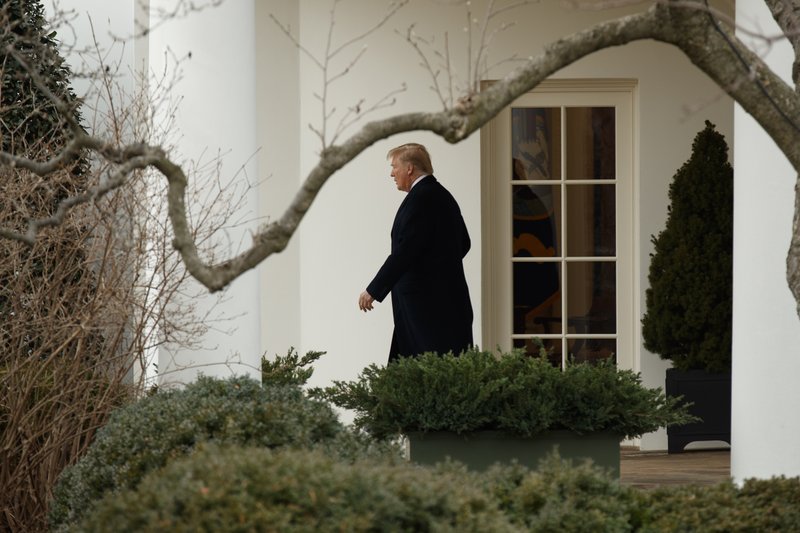 President Donald Trump is close to making a decision on whether to release a classified Republican memo alleging misconduct by the FBI in its investigation into potential ties between Russia and Trump’s 2016 campaign. Democrats and the Justice Department have urged him to block the document’s disclosure.

White House spokesman Raj Shah said he expected a decision to be made “pretty soon” on whether to halt the House intelligence committee from releasing the memo. The panel voted along party lines Monday to release it, and Trump now has five days to object. If he doesn’t object, then Congress can release it.

The president has read and been briefed on the memo, according to a senior administration official. The official was not authorized to be quoted about private deliberations and spoke on condition of anonymity. Trump is expected to approve the release of the memo as soon as Thursday.

Trump has said he wants the memo released despite the objections of the FBI and the Justice Department. The FBI declared Wednesday that it has “grave concerns” about the accuracy of the classified memo, which was written as part of an effort to reveal what Republicans say are surveillance abuses by the FBI and the Justice Department in the early stages of the investigation into potential ties between Russia and the 2016 Trump presidential campaign.

Senior FBI officials have also made direct appeals to the White House, warning that it could set a dangerous precedent.

Democrats made a last-ditch effort Wednesday evening to stop the memo’s release, saying it had been “secretly altered” by the Republicans who wrote it. California Rep. Adam Schiff said in a letter to House Intelligence Committee Chairman Devin Nunes, R-Calif., that committee Democrats had discovered changes that were made after the Monday vote.

Schiff asked Nunes for another vote on the memo, but Republicans didn’t appear to waver. A spokesman for Nunes said the committee vote was “procedurally sound,” and that “to suggest otherwise is a bizarre distraction from the abuses detailed in the memo, which the public will hopefully soon be able to read for themselves.”

The FBI’s stance means that Trump, by allowing the memo’s release, would be openly defying his own FBI director by continuing to push for its disclosure. It also suggests a clear willingness by FBI director Christopher Wray, who in the early stretch of his tenure has been notably low-key, to challenge a president who just months ago fired his predecessor, James Comey.

The FBI statement came the day after Trump was overheard by television cameras telling a congressman that he “100 percent” supported release of the four-page memo.

House Democratic Leader Nancy Pelosi and Senate Democratic Leader Chuck Schumer are pressuring Speaker Paul Ryan to stop the memo’s release, and Pelosi on Thursday called for Nunes to be removed as chairman of the intelligence panel. She says Nunes took “deliberately dishonest actions” by altering a classified GOP-written memo on the investigation into Russia’s election influence.