WORLD Trump nominates Harris as US ambassador to Seoul

Trump nominates Harris as US ambassador to Seoul

US President Donald Trump on Friday nominated Admiral Harry Harris, head of the US Pacific Command, as US ambassador to the Republic of Korea (ROK) ahead of a summit with DPRK leader Kim Jong Un, which was scheduled for next month but since called into question by Pyongyang.

If confirmed by the Senate, Harris would fill a post that has been vacant since Trump took office in January 2017.

Harris was initially nominated by Trump to be US ambassador to Australia but was asked last month by Mike Pompeo, now Secretary of State, to take the post in Seoul instead, as diplomatic efforts to resolve the crisis over the DPRK’s nuclear weapons intensified. 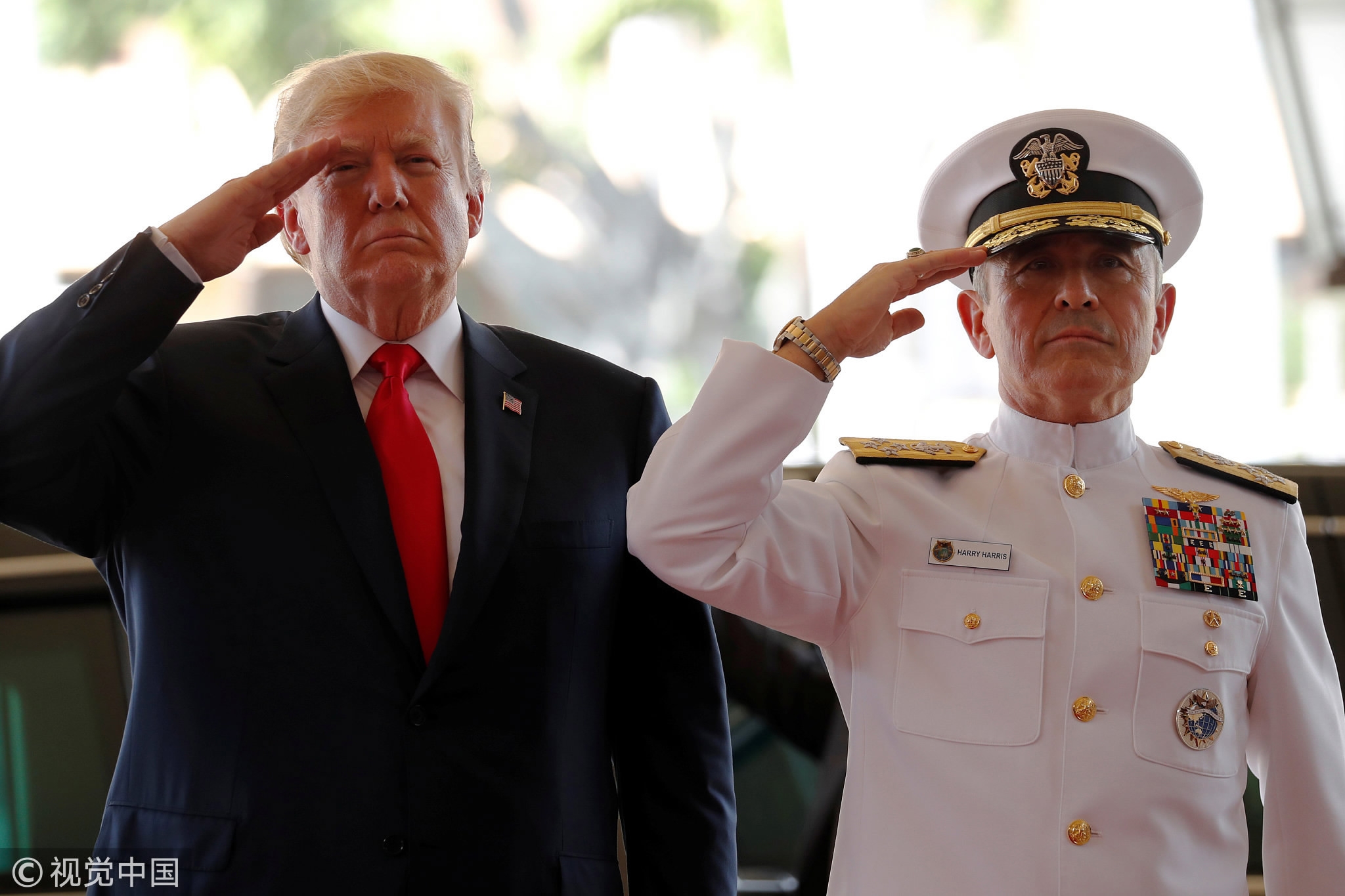 US President Donald Trump is welcomed by US Navy Admiral Harry Harris, commander of United States Pacific Command, at its headquarters in Aiea, Hawaii, US Nov. 3, 2017. (Photos: VCG)

His formal nomination, announced by the White House, comes days after the DPRK raised doubts about whether an unprecedented June 12 summit in Singapore between Kim Jong Un and Trump would go ahead, and Pyongyang called off talks with the ROK, whose president, Moon Jae-in, is due to meet Trump at the White House on Tuesday.

Despite professed unity, Trump has often taken a harder line on the DPRK than Moon, and the US president has repeatedly criticized the ROK over trade while questioning the usefulness of the long-standing US alliance with Seoul.

On Thursday, Trump sought to placate DPRK after it threatened to call off the summit, saying Kim’s security would be guaranteed in any deal and that his country would not suffer the fate of Muammar Gaddafi’s Libya. But in rambling comments that mixed words of reassurance with threat, Trump also stressed that the DPRK would have to abandon its nuclear weapons and warned that if no deal was reached, it could be “decimated” like Libya or Iraq.

White House spokeswoman Sarah Sanders said, “Nothing’s changed on that front” when asked on Friday whether there were any new developments related to the summit, which would be the first between the US and the DPRK's leaders. 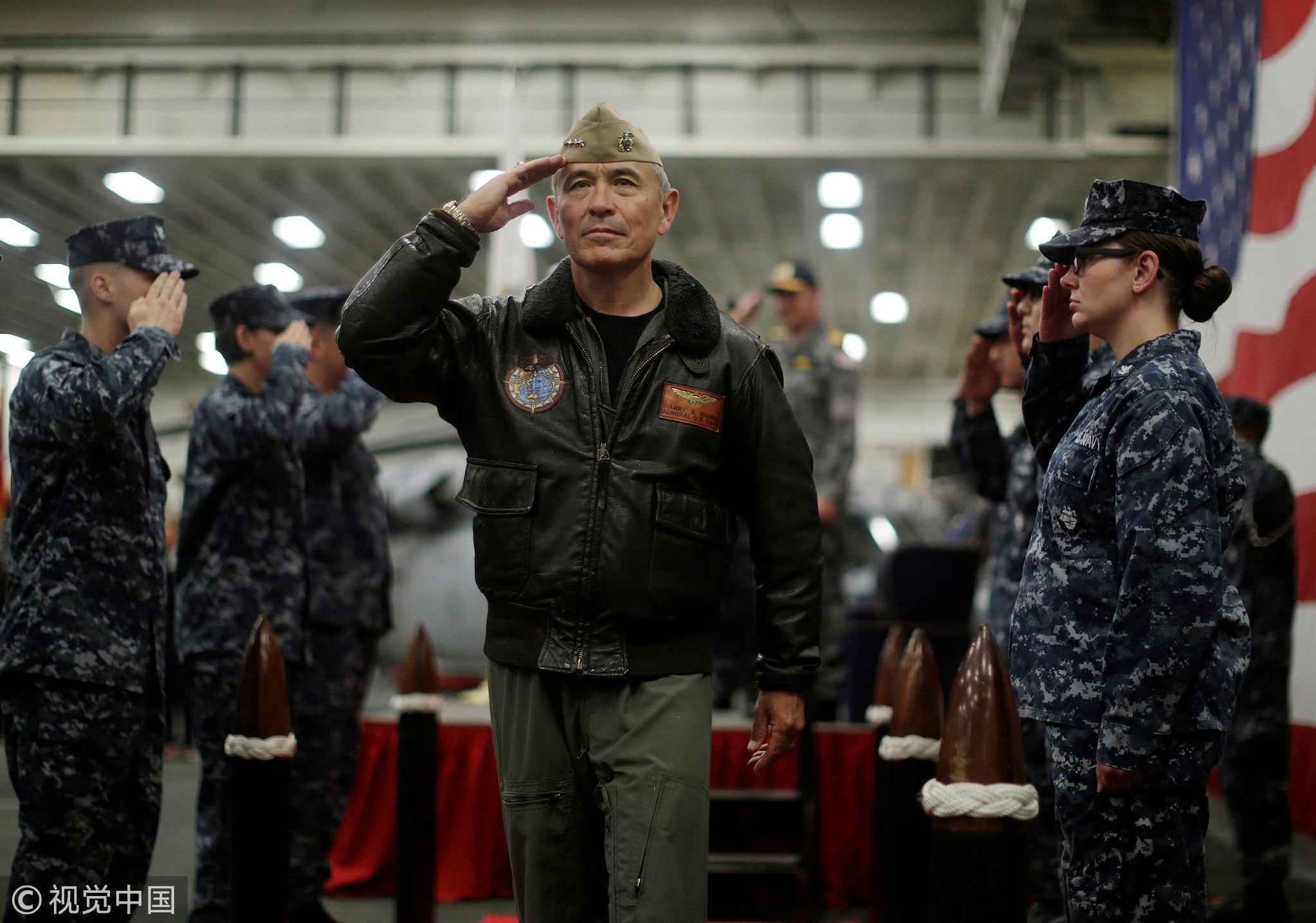 US Navy Admiral Harry Harris, Commander of the US Pacific Command, salutes at a ceremony marking the start of Talisman Saber 2017, a biennial joint military exercise between the United States and Australia, aboard the USS Bonhomme Richard amphibious assault ship in the Pacific Ocean off the coast of Sydney, Australia, June 29, 2017.

“We’re continuing to move forward and make plans,” she told reporters, echoing Trump’s comments from a day earlier. “And if the meeting happens, it happens. And if it doesn’t, then we’ll see from there.”