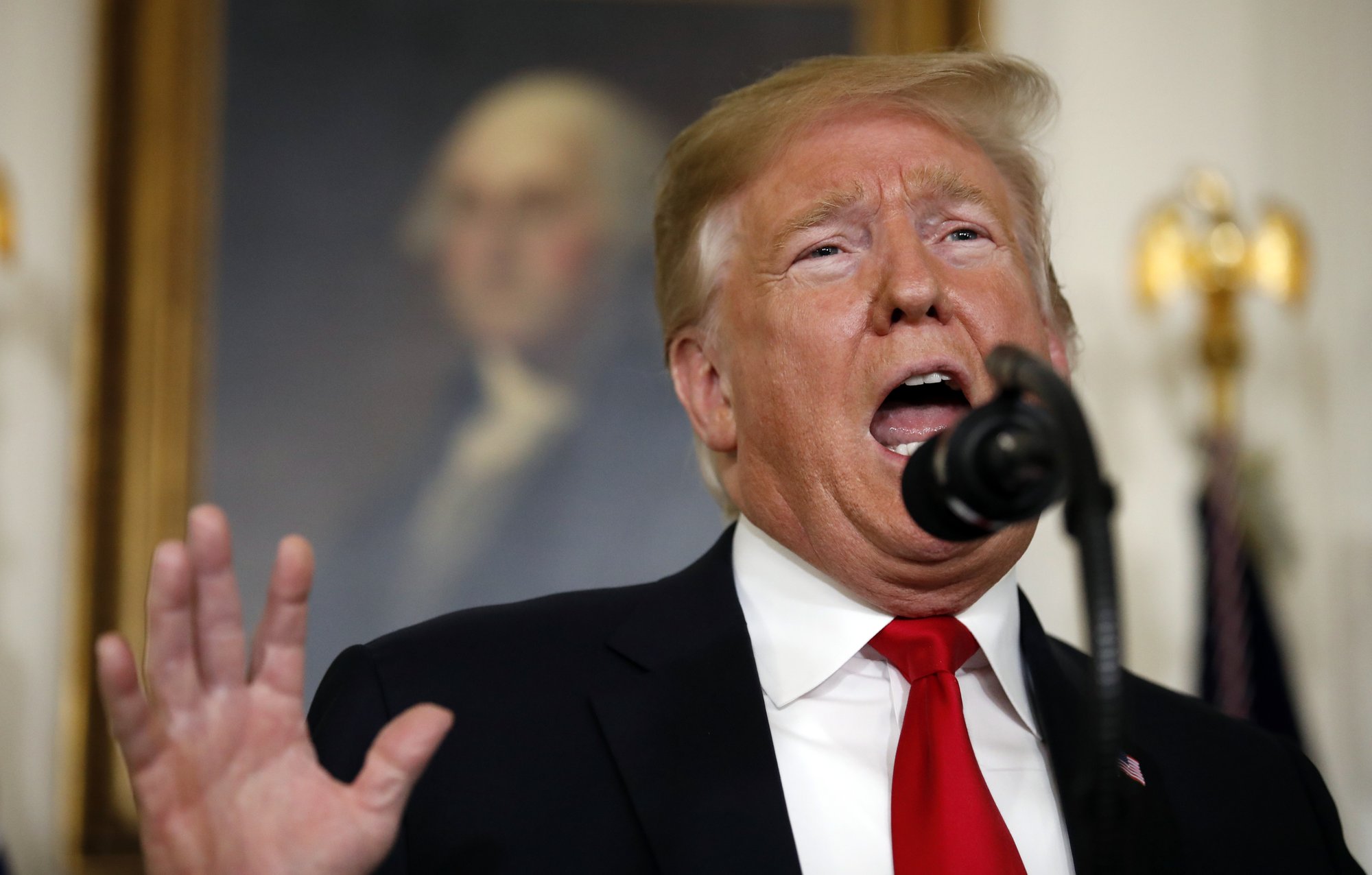 US President Donald Trump speaks about the partial government shutdown, immigration and border security in the Diplomatic Reception Room of the White House, in Washington, Saturday, Jan. 19, 2019. (Photo: AP)

US President Donald Trump is offering to extend temporary protection for people brought to US illegally as children in a bid to secure border wall funding.

Trump has struggled to find a way out of a four-week partial government shutdown over his demand to construct a wall between the US and Mexico.

Trump promoted his plan Saturday as a way to “break the logjam and provide Congress with a path forward to end the government shutdown.”

Trump is also offering to extend protections for immigrants who came to the US as a result of war or natural disasters in their home countries.

Trump says Senate Majority Leader Mitch McConnell will bring the proposal for a vote in the Senate this week. But Democrats, who control the House, are already saying they find the president’s offer unacceptable.

Minutes before Trump was to unveil his plan at the White House, the California Democrat said early reports about the proposal indicated it was insufficient.

Trump wants to trade temporary protections against deportation for hundreds of thousands of young immigrants for money to build his wall. Democrats want the protections to be permanent and want him to reopen government before negotiating on border security.

The California Democrat says Trump’s expected offer is “not a good-faith effort” to help the immigrants and could not pass the House.

The White House has billed Trump’s plan as an attempt to end the shutdown. But it’s drawn nothing but negative reviews from Democrats so far.