US President Donald Trump ordered a new FBI investigation into sexual assault allegations against his Supreme Court pick Friday, as the Senate delayed a vote on Brett Kavanaugh's nomination to make way for the probe.

After a dramatic day-long hearing at which a university professor accused Kavanaugh of pinning her down and assaulting her at a party in the 1980s, the Senate Judiciary Committee earlier Friday approved his nomination in a preliminary vote along party lines.

But committee chair Chuck Grassley then bowed to intense pressure from inside and outside Congress and announced he was asking Trump to order the new background review that "must be completed no later than one week from today."

Trump, who repeatedly blasted Democratic opposition to Kavanaugh as a political "con-job," agreed.

"I've ordered the FBI to conduct a supplemental investigation to update Judge Kavanaugh's file. As the Senate has requested, this update must be limited in scope and completed in less than one week," the president said in a statement.

He later tweeted support for Kavanaugh on Friday night, saying that the FBI investigation had "just started." 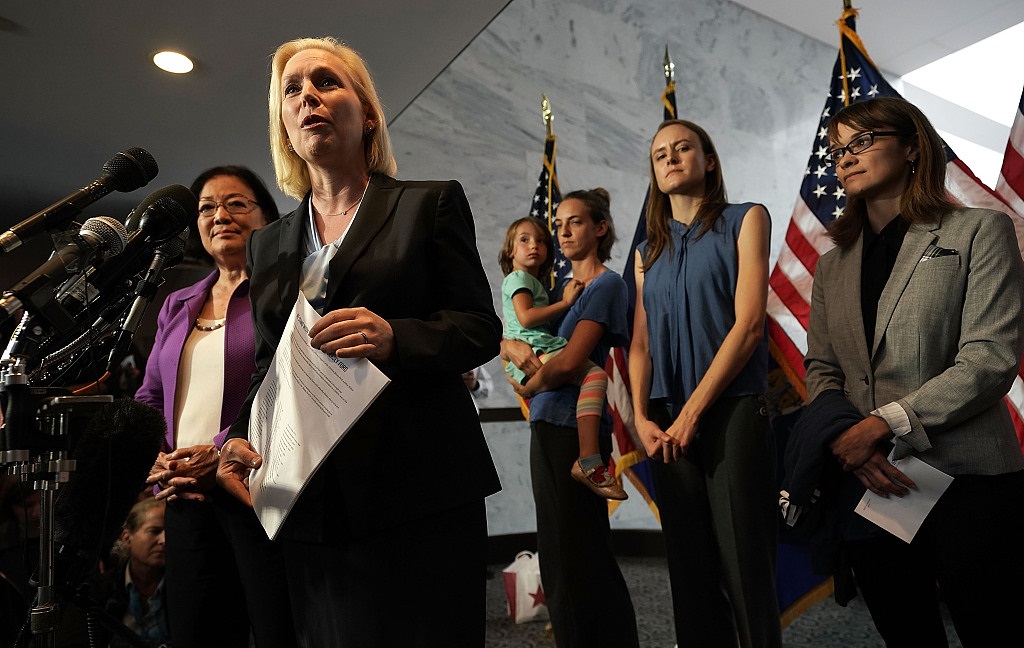 US Sen. Kirsten Gillibrand (2nd L) holds a letter signed by Holton-Arms alumnae in support of Christine Blasey Ford, who has accused Supreme Court nominee Judge Brett Kavanaugh of sexual assault at a high school party about 35 years ago on September 20, 2018 at Hart Senate Office Building on Capitol Hill in Washington, DC. .