WASHINGTON, Feb. 19 (Xinhua) - US President Donald Trump signed a directive on Tuesday that directs the Pentagon to draft legislation on creating a US Space Force. 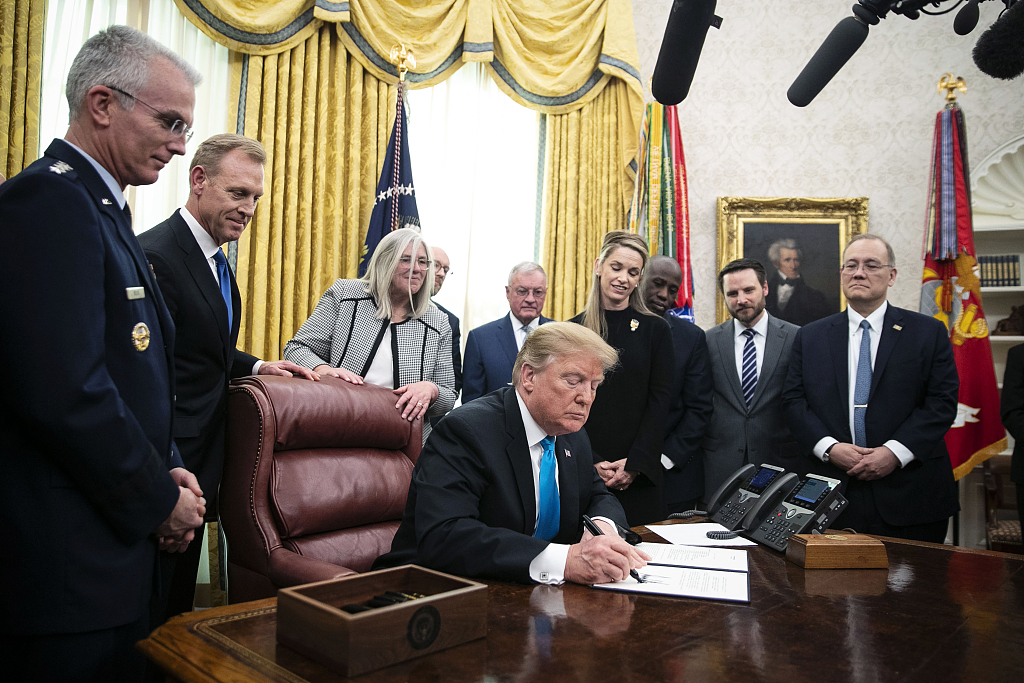 US President Donald Trump, center, signs Space Policy Directive 4 during a ceremony in the Oval Office of the White House in Washington, D.C., US, on Tuesday, Feb. 19, 2019. (Photo: VCG)

It is "a bold, strategic step toward guaranteeing American space dominance," according to the White House.

The Space Policy Directive-4 called on the Secretary of Defense to develop a legislative proposal establishing the Space Force as the sixth branch of the Armed Forces.

The Space Force, nevertheless, will initially be established within the Department of the Air Force, according to the White House.

In June last year, Trump proposed the Space Force to be "separate but equal" with the US Air Force.

The new directive, however, stoked opposition.

"Space security cannot be achieved unilaterally or solely through military means. It will require coordination and cooperation with other spacefaring nations," said Laura Grego, a senior scientist in the Global Security Program at the Union of Concerned Scientists, in a statement.

"If concentrating authority in a space force creates an incentive for nations to build space weapons that increase the likelihood of conflict, it would be a profoundly bad idea," she said.

The creation of a new military branch still requires the approval of Congress.