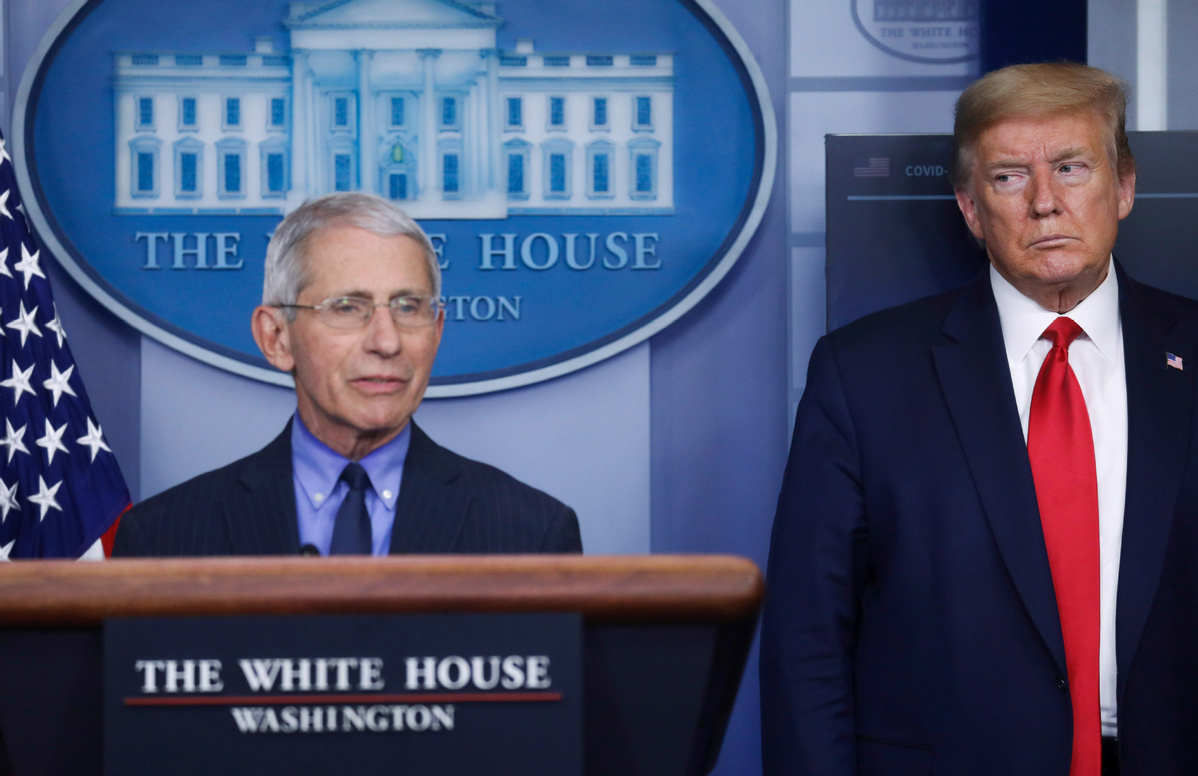 US President Donald Trump looks at National Institute of Allergy and Infectious Diseases Director Dr. Anthony Fauci as Fauci answers a question during the daily coronavirus task force briefing at the White House in Washington, US, April 17, 2020. (Photo: Agencies)

WASHINGTON - US President Donald Trump on Wednesday described as not acceptable a warning given by top US infectious disease expert Anthony Fauci this week about the dangers of reopening the economy and schools too quickly.

"To me it's not an acceptable answer, especially when it comes to schools," Trump told reporters at the White House when asked about Fauci's warnings to senators on Tuesday about the risks of reopening the schools and economy too soon.

Fauci, who directs the National Institute of Allergy and Infectious Diseases, also warned that a premature lifting of lockdowns could lead to additional outbreaks of the deadly coronavirus, which has killed more than 82,000 people in the United States and brought the economy to its knees.

Trump, in contrast, said on Wednesday the only thing that would be acceptable would be professors or teachers "over a certain age" not holding classes. "I think they ought to take it easy for another few weeks," he added.

The president, who previously made the strength of the economy central to his pitch for re-election in November, has encouraged states to reopen businesses and schools that were shuttered to halt the spread of the highly contagious respiratory disease.

Fauci, 79, a proponent of the lockdowns, has become a target for criticism from the American far right and online conspiracy theorists since he made statements about the outbreak that were at odds with Trump's.

In April, Trump retweeted a call to fire Fauci, after the doctor said lives could have been saved if the country had shut down sooner, spurring speculation his days in the administration could be numbered.

"Anthony is a good person, a very good person, I've disagreed with him," Trump said in an interview earlier on Wednesday with Fox Business Network's "Mornings with Maria," repeating his refrain that the country must reopen.

"We want to do it safely, but we also want to do it as quickly as possible. ... We have to get it open. I totally disagree with him on schools," Trump said.

"I think we have to be very careful about the steps we take."