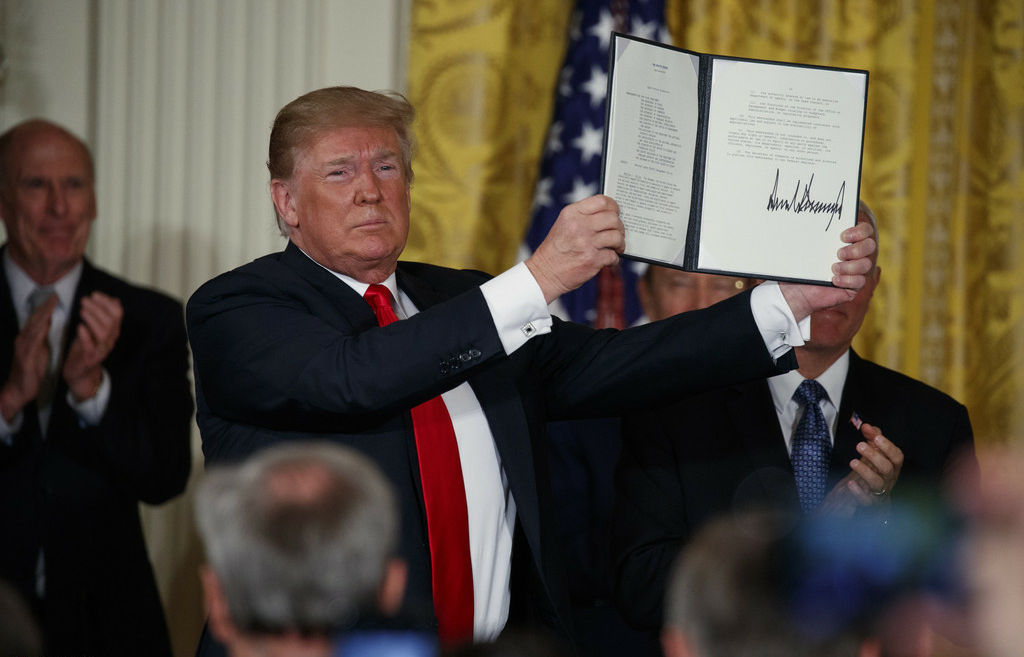 The United States President Donald Trump announced Monday that he was moving to establish a space force as the sixth branch of the U.S. armed forces.

Trump said at a meeting with the National Space Council that he "directed the Department of Defense and Pentagon to immediately begin the process necessary to establish a space force," according to the White House.

He described the new force as "separate but equal" with the US Air Force.

A previous proposal put forward by the House Armed Services last June pointed to the establishment of a space corps under the command of the Air Force.

Secretary of Defense James Mattis at that time disapproved of creating a sixth branch of the military on the ground that "we are focused on reducing overhead and integrating joint war-fighting efforts."

Trump assigned the task in his speech to Joseph Dunford, Chairman of the Joint Chiefs of Staff in the United States Armed Forces.

"It is not enough to merely have an American presence in space," said Trump. "We must have American dominance in space."