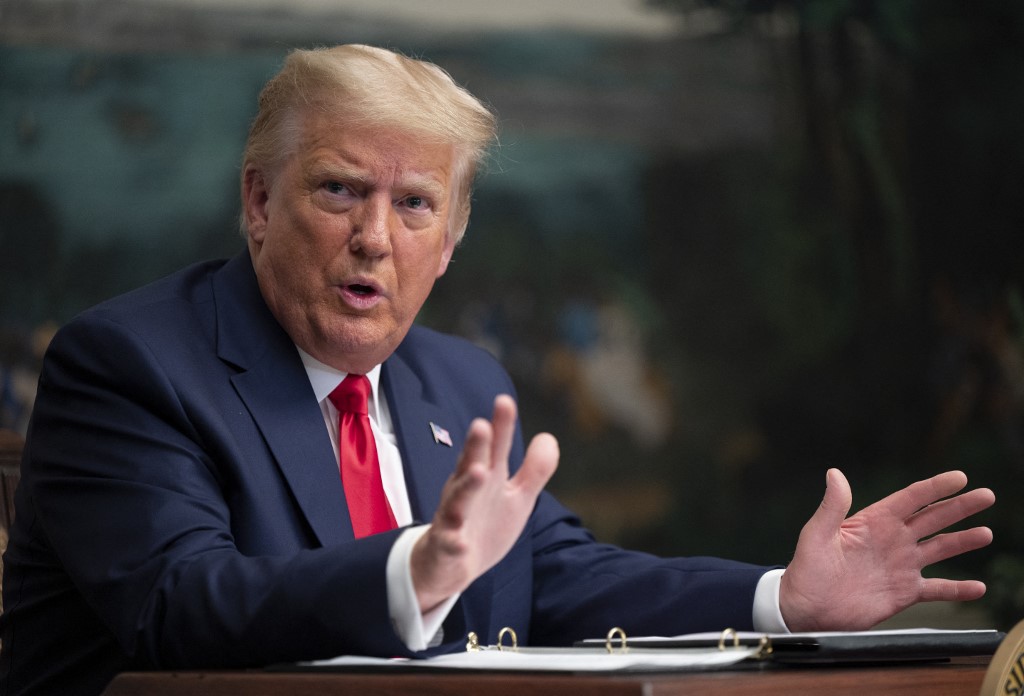 In this file photo taken on November 26, 2020 US President Donald Trump speaks to reporters after participating in a Thanksgiving teleconference with members of the United States Military, at the White House in Washington, DC. (Photo: AFP)

Since leaving the White House in January after his defeat to Joe Biden, the former businessman and reality TV star retains a strong hold on many Republican voters -- despite losing his powerful social-media megaphones of Twitter and Facebook.

He denies wrongdoing, and has described a parallel criminal investigation by Manhattan's district attorney as "a continuation of the greatest political witch hunt in the history of our country."

The attorneys general in both Manhattan and New York state are Democrats.

"We have informed the Trump Organization that our investigation into the organization is no longer purely civil in nature," said a spokesman for the state's attorney general Letitia James.

"We are now actively investigating the Trump Organization in a criminal capacity, along with the Manhattan DA," spokesman Fabien Levy said.

The organization is the holding company for hundreds of Trump entities, ranging from hotels to golf courses.

James's office has otherwise been investigating allegations of bank fraud and insurance fraud through civil proceedings.

The district attorney's investigation initially focused on hush payments made to two women who allege they had affairs with Trump, but had expanded to allegations of tax evasion, and insurance and bank fraud.

Two assistant attorneys general will join the district attorney's efforts, according to sources familiar with the matter cited in The New York Times, as James's office continues its civil inquiry.

Six months after Trump lost the election, millions of Republicans still look to the one-term ex-president as their leader, despite his repeated baseless claims that Biden prevailed in the vote because of fraud.

The only leader in US history to be impeached twice, Trump lost his Twitter and Facebook accounts following the deadly January 6 attack on the US Capitol.

Yet his messaging appears to still be resonating, with a CBS News poll released last weekend finding that 67 percent of Republican voters believe Biden is not the legitimately elected president.

"Look at the facts and the data," Trump urged Americans in a statement on his website Sunday. "There is no way he won the 2020 Presidential Election!"

Some Republicans fear that failing to reject Trump's rhetoric about voter fraud could hurt the party, even if motivating Trump's fiercely loyal base is key to high voter turnout.

They booted conservative stalwart Liz Cheney from the post for refusing to bolster what she calls Trump's "big lie" of election fraud.

Cheney, who blames Trump for inciting the January insurrection, warned that the party was headed down a "dangerous" road promoting Trump's claims because it would undermine public confidence in America's democratic system.