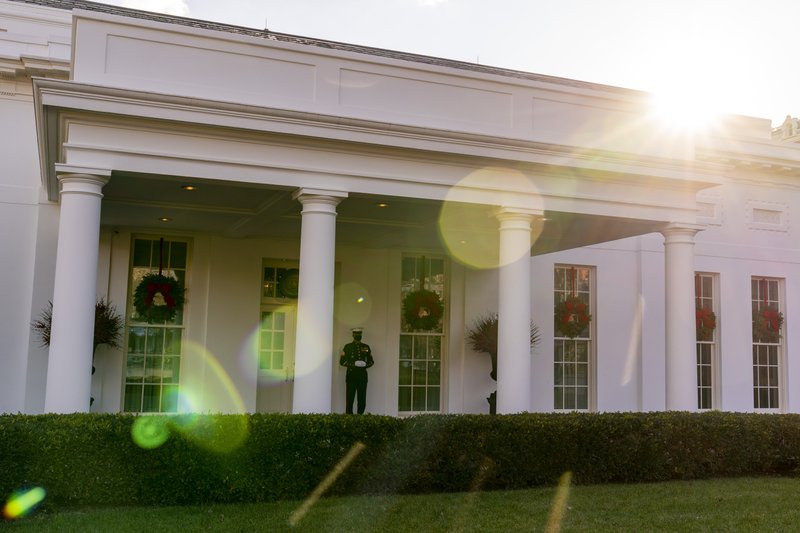 A Marine stands outside the entrance to the West Wing of the White House, signifying the President is in the Oval Office, Tuesday, Dec. 22, 2020, in Washington. (Photo: AP)

President Donald Trump on Tuesday pardoned 15 people, including Republican allies, a 2016 campaign official ensnared in the Russia probe and former government contractors convicted in a 2007 massacre in Baghdad.

Trump also commuted the sentences of five people. While it is not unusual for presidents to grant clemency on their way out the door, Trump has made clear that he has no qualms about intervening in the cases of friends and allies whom he believes have been treated unfairly. Despite speculation, though, not on the list were members of Trump’s own family, his personal attorney Rudy Giuliani and the president himself.

Collins, the first member of Congress to endorse Trump to be president, was sentenced to two years and two months in federal prison after admitting he helped his son and others dodge $800,000 in stock market losses when he learned that a drug trial by a small pharmaceutical company had failed.

Hunter was sentenced to 11 months in prison after pleading guilty to stealing campaign funds and spending the money on everything from outings with friends to his daughter’s birthday party.

Trump also announced pardons for allies ensnared in the Russia investigation. One was for George Papadopoulos, his 2016 campaign adviser whose conversation unwittingly helped trigger the Russia investigation that shadowed Trump’s presidency for nearly two years. He also pardoned Alex van der Zwaan, a Dutch lawyer who was sentenced to 30 days in prison for lying to investigators during special counsel Robert Mueller’s investigation.

Last month, Trump pardoned former national security adviser Michael Flynn, who had twice pleaded guilty to lying to the FBI, and months earlier commuted the sentence of another associate, Roger Stone, days before he was to report to prison.

In the group announced Tuesday night were four former government contractors convicted in a 2007 massacre in Baghdad that left more a dozen Iraqi civilians dead and caused an international uproar over the use of private security guards in a war zone.