Donald Trump and his deputy Mike Pence met Monday evening in the Oval Office, a senior official said, signaling a common front as Democrats press the vice president to have the president removed from office as unfit.

"The two had a good conversation," the administration official said of the meeting, their first since last week's assault on the US Capitol. 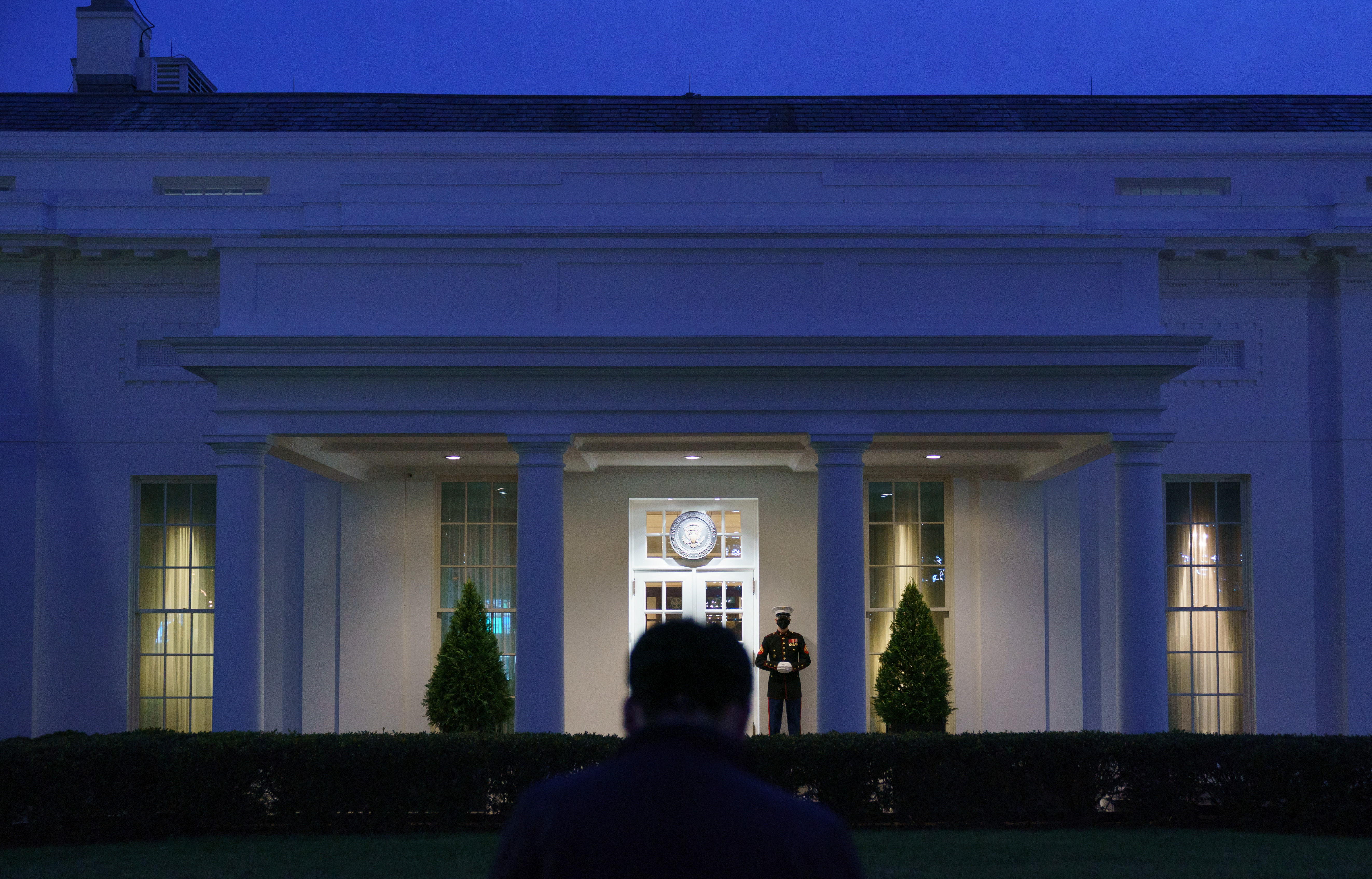 A Marine stands outside the entrance to the West Wing of the White House, signifying US President Donald Trump is in the Oval Office on January 11, 2021, in Washington,DC. (Photo: AFP)

According to the official, Trump has no intention of resigning his office before his term comes to an end on January 20.

The official likewise indicated that Pence has no intention of invoking the 25th Amendment of the Constitution to remove Trump as unfit to discharge his duties -- as Democrats are demanding.

Trump and Pence "reiterated that those who broke the law and stormed the Capitol last week do not represent the America first movement backed by 75 million Americans," the official said.

The pair "pledged to continue the work on behalf of the country for the remainder of their term," they added.

The House of Representatives is scheduled to vote Tuesday evening on a resolution calling for Pence to invoke the 25th Amendment, and Pelosi will give him 24 hours to respond.

After that, she said, Democrats would move forward with the process of impeaching Trump for "incitement of insurrection" over his role in Wednesday's storming of the US Capitol by his supporters.

In an angry speech before the assault, Trump urged his supporters to march to the Capitol and demand that Pence, who was leading a joint session of Congress on certifying Joe Biden's victory, must intervene to reverse his election defeat.

Pence refused, and he was ultimately the one who announced to lawmakers Trump's and his loss to Biden and Kamala Harris, the incoming vice president.

Some Trump supporters, furious over Pence's action, were chanting that he should be hanged.