US President Donald Trump admits he tried to minimize the seriousness of the threat from COVID-19 at the outset of the pandemic in audio recordings released Wednesday from interviews with veteran US journalist Bob Woodward. 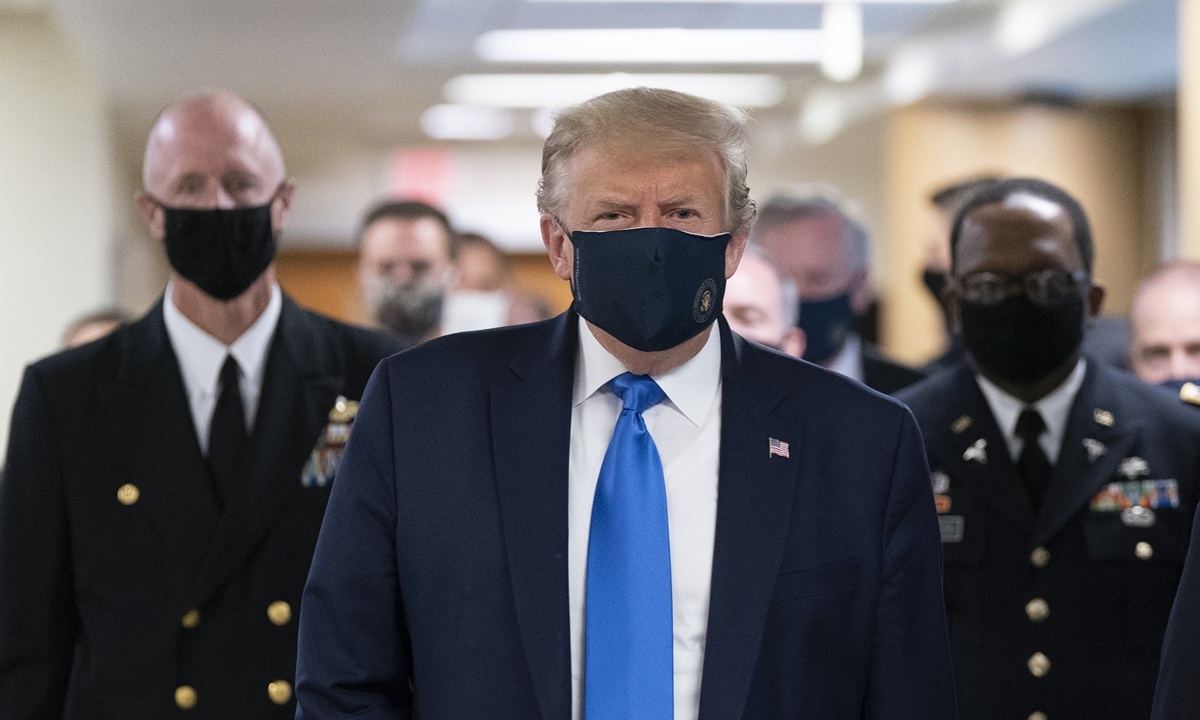 "I wanted to always play it down," Trump said in an interview with Woodward on March 19, according to a CNN preview of the book "Rage," due to be published on Tuesday.

"I still like playing it down, because I don't want to create a panic," he said in the conversation with Woodward, which was recorded.

In another recorded interview, on February 7, he told Woodward the virus "goes through the air" - despite repeatedly mocking people who wear masks in the weeks and months after. It took until July before he was seen publicly wearing a mask.

Coming eight weeks before the November 3 presidential election, the revelations add new pressure on Trump. Opinion polls show around two thirds of Americans disapprove of his handling of the virus and he has often been accused of minimizing the crisis in order to try and boost his reelection chances.

Speaking to reporters at the White House, Trump denounced the book as "another political hit job" and said if he'd downplayed COVID-19, it was to prevent a "frenzy."

"I don't want people to be frightened," he said.

"I'm not going to drive this country or the world into a frenzy," he said. "We have to show leadership and the last thing you want to do is create a panic."

He slammed Woodward for doing "hit jobs with everybody" and said he "probably, almost definitely won't read it because I don't have time to read it."

However, "Rage" will give fresh ammunition to the Democrats arguing that Trump failed to prepare Americans for the severity of the coronavirus outbreak or to lead them into a proper response.

In the interviews with Woodward, Trump made clear he'd understood at the outset that the virus was "deadly stuff" - far more dangerous than the ordinary flu.

In public, however, Trump repeatedly told Americans during the initial weeks at the start of 2020 that the virus wasn't dangerous and would "disappear" by itself.

"He knew how deadly it was," Democratic presidential challenger Joe Biden said while campaigning in Michigan. "He lied to the American people. He knowingly and willingly lied about the threat it posed to the country for months."

"It was a life and death betrayal of the American people," Biden added.

"It's disgusting," Biden later told CNN. "Think about it. Think about what he did not do." Biden slammed Trump's behavior as "almost criminal."