US President Donald Trump said Friday he was talking to the National Rifle Association to ensure their "very strong views" on gun control were respected in the wake of last weekend's back-to-back mass shootings, pitching himself as the America's biggest supporter of gun rights. 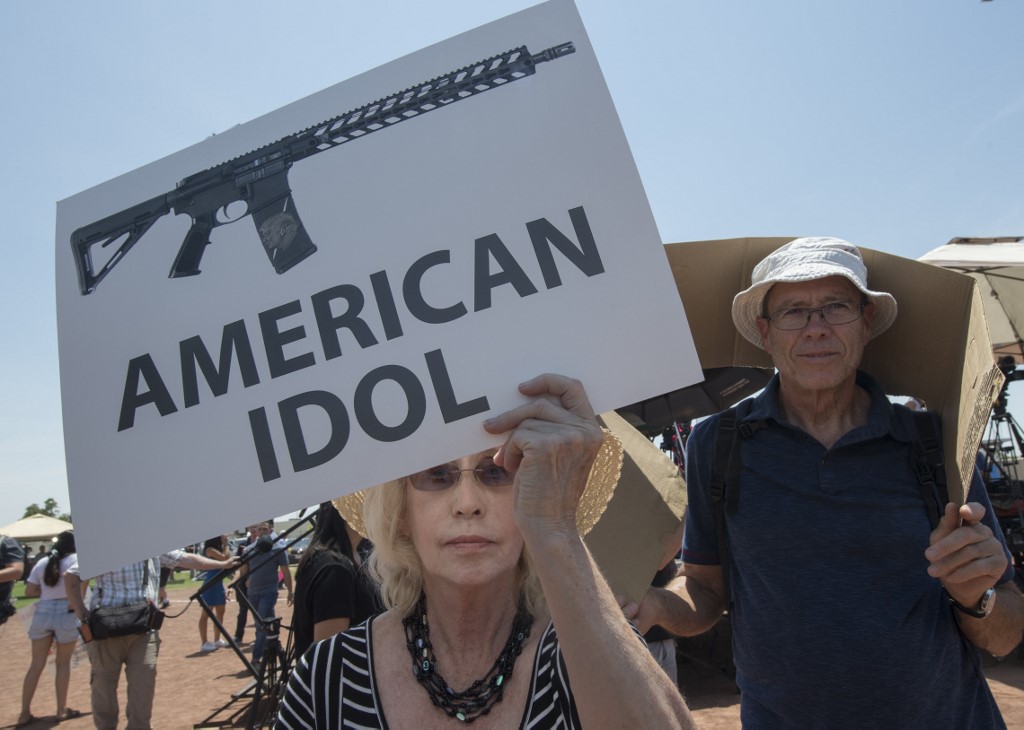 El Paso residents protest against the visit of US President Donald Trump to the city after the Walmart shooting that left a total of 22 people dead, in El Paso, Texas, on August 7, 2019. (Photo: AFP)

Trump confirmed he had spoken to leaders of the powerful gun lobby since last week's massacres in El Paso, Texas and Dayton, Ohio, which left 31 people dead and reignited calls for stricter controls.

"I have... been speaking to the NRA, and others, so that their very strong views can be fully represented and respected," the president said on Twitter.

"Guns should not be placed in the hands of mentally ill or deranged people. I am the biggest Second Amendment person there is, but we all must work together for the good and safety of our Country. Common sense things can be done that are good for everyone."

Wayne LaPierre, the NRA's leader, on Thursday rejected calls for tougher restrictions on firearms, and indicated he had raised those concerns with Trump.

"The inconvenient truth is this: the proposals being discussed by many would not have prevented the horrific tragedies in El Paso and Dayton," LaPierre said in a statement.

Senate Majority Leader Mitch McConnell has rebuffed calls to bring senators back from their summer recess to vote on gun control legislation that has already passed the House of Representatives.

"I want to make a law, not just see this political sparring going on endlessly," he told NewsRadio 840 WHAS in Kentucky, adding that a possible ban on assault weapons would "probably be discussed as well" when lawmakers returned in September.

The El Paso and Dayton shooters used semi-automatic weapons, which can be legally bought in most US states, to mow down large numbers of people in minutes or even seconds.

The Second Amendment of the US constitution, which enshrines the right of citizens to bear arms, has long been used to justify easy access to weapons designed for warfare.

Trump regularly touts himself as its biggest supporter, and days after coming into office signed a resolution passed by the Republican-led Congress to undo an Obama-era regulation limiting gun sales to the mentally impaired.