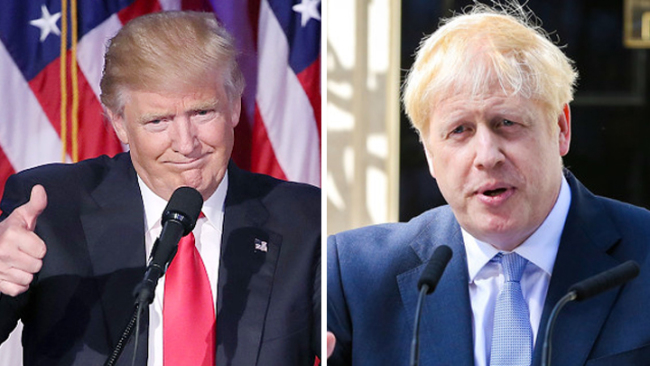 Trump told reporters on Friday in the Oval Office that he had just spoken with Johnson. He predicted the US and UK could reach "a very substantial trade agreement" that far exceeds existing levels of commerce.

Trump added that trade between the two countries had been "impeded" by the UK's relationship with the European Union.

He says that with Brexit, "we could do much, much more trade and we expect to do that." Trump says trade could increase as much as five times above current levels.

Trump says the UK "needed" Johnson. The president adds, "He has what it takes."