US President Donald Trump on Monday urged Republicans and Democrats to agree on tighter gun control, suggesting that new legislation could be linked to his pet project of immigration reform. 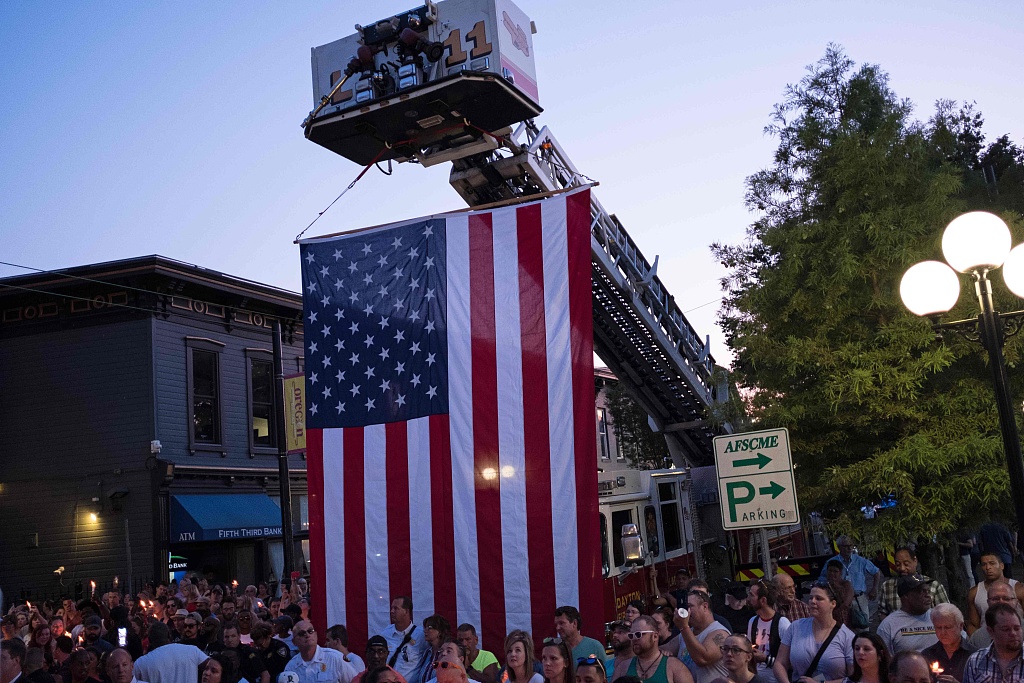 People take part of a candle lit vigil in honor of those who lost their lives or were wounded in a shooting in Dayton, Ohio on August 4, 2019. (Photo: VCG)

"Republicans and Democrats must come together and get strong background checks, perhaps marrying this legislation with desperately needed immigration reform," Trump tweeted as he prepared to address the nation on two weekend shootings that left 29 dead and dozens wounded in Texas and Ohio.

"We must have something good, if not GREAT, come out of these two tragic events!" Trump wrote.

Gun culture is deeply rooted in America, and efforts to strengthen firearms regulations remain divisive even though mass shootings are commonplace. The weekend massacres in El Paso and Dayton were the 250th and 251st mass shootings so far this year, according to the Gun Violence Archive, an NGO. It defines such an event as a shooting in which at least four people are killed or wounded.

Trump on Monday appeared to blame the news media and what he considers unfair coverage for violence like the weekend shootings. Critics say his anti-immigrant rhetoric helps fuel white nationalist thinking that engenders violence.

"Fake News has contributed greatly to the anger and rage that has built up over many years. News coverage has got to start being fair, balanced and unbiased, or these terrible problems will only get worse!" he tweeted.

Trump said Sunday that "hate has no place in our country," but he also blamed mental illness for the violence.

"These are really people that are very, very seriously mentally ill," he said, although police have not confirmed such a claim.

"We have to get it stopped. This has been going on for years... and years in our country," he said.