WORLD Trump pushes senators to stick with him on border emergency

Trump pushes senators to stick with him on border emergency 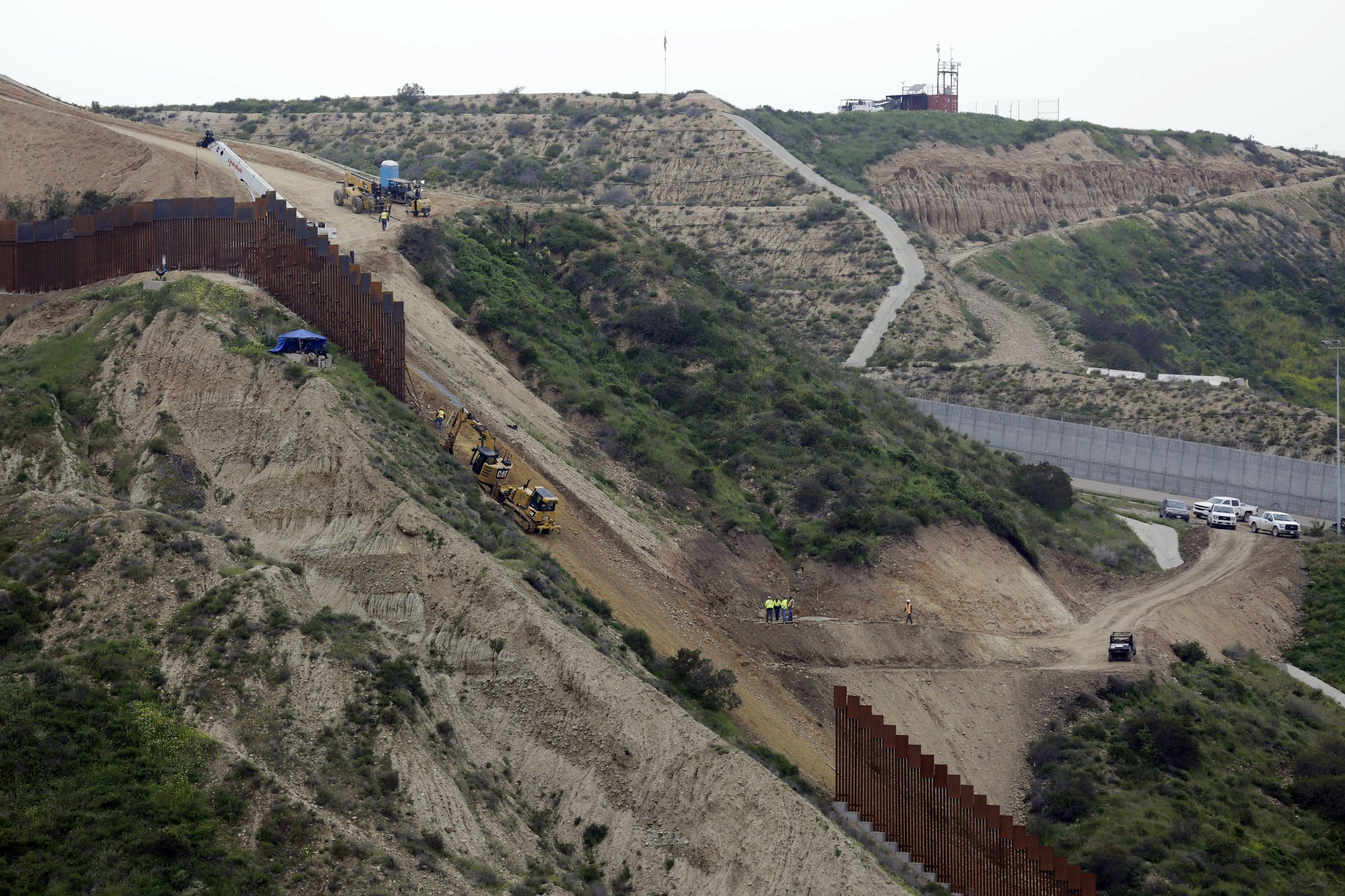 President Donald Trump is signaling to Republican senators he has littler tolerance for dissent as they prepare to vote on terminating his national emergency declaration to build the border wall with Mexico.

Trump says GOP senators are “overthinking” the coming vote Thursday. For the president, it’s hardly a sweeping constitutional question, as some Republicans see it. Senators are wary of White House overreach into Congress’ power to allocate money. But Trump is framing it as a simple with-him-or-against him vote on spending billions of federal dollars to build barriers along the US-Mexico border.

“It is very simply Border Security/No Crime - Should not be thought of any other way,” Trump tweeted Wednesday. “We have a MAJOR NATIONAL EMERGENCY at our Border and the People of our Country know it very well!”

Trump is influencing the debate among GOP senators, especially those up for re-election in states where Trump’s support — and tweets — can affect voter attitudes.

The White House and GOP senators are trying to strike a compromise on legislation that would curb a president’s power to unilaterally declare such emergencies in the future.

GOP senators are hoping that if Trump endorses that bill, more Republicans would oppose the separate resolution that would block the border emergency he proclaimed last month.

The House has already rebuked Trump’s national emergency declaration and if the Senate joins in, it would force the president into the first veto of his presidency.

House Speaker Nancy Pelosi is trying to make it harder for Republicans to avoid an embarrassing rebuke of the president.

Pelosi said the House would not take up the new legislation limiting future presidential authority if it passed the Senate.

“Republican Senators are proposing new legislation to allow the President to violate the Constitution just this once in order to give themselves cover,” Pelosi, D-Calif., said in a statement Wednesday. “The House will not take up this legislation to give President Trump a pass.”

Pelosi’s move seemed aimed at persuading GOP senators wavering over the resolution disapproving Trump’s border emergency that they would get no political protection by supporting the bill curbing future emergencies because it will never become law.

If Trump’s border emergency stands, he could divert $3.6 billion from military construction projects to build border barriers, even though Congress had voted to limit him to less than $1.4 billion for such construction.

It has long looked like the Republican-run Senate would join the Democratic-led House in voting to block Trump’s border emergency.

But there have been signs that opposition by a few GOP mavericks is softening. Some Republicans think Trump went too far in declaring an emergency, but they also are eager to avoid defying a president popular with conservative voters.

An administration official said Wednesday that the White House is skeptical there will be enough votes to head off a Senate defeat and is reluctant to back limits on future declarations unless a victory on the resolution is assured. The official was not authorized to publicly private conversations and spoke on condition of anonymity.

GOP Sens. Mike Lee of Utah and Thom Tillis of North Carolina and others are trying to work out a compromise with the White House over future emergencies. They also were among five GOP senators who met privately Tuesday at the Capitol with Vice President Mike Pence as Republicans tried to find a way to bolster support for Trump.

Tillis and three other GOP senators have said they would vote with Democrats to support the resolution blocking Trump’s border emergency — enough to assure its passage, assuming all Democrats vote “yes” as expected.

At a closed-door lunch Tuesday, Tillis suggested he could be open to backing the president, said two people familiar with his comments. One said Tillis told his colleagues he could change his vote if Trump was indeed ready to curb presidential powers to declare emergencies without Congress’ approval.

The two spoke on condition of anonymity to reveal private conversations. A Tillis aide did not return messages left for him. Tillis faces a potentially tough re-election fight next year.

Republicans control the Senate 53-47, meaning that four GOP defections would be enough to send the resolution blocking Trump’s border emergency to the White House. The others are Sens. Susan Collins of Maine, Lisa Murkowski of Alaska and Rand Paul of Kentucky.

Congress would be highly unlikely to muster the two-thirds majorities needed to eventually override a veto.

But approval of the resolution would highlight a clash in which Trump was being forced to protect his signature campaign promise by vetoing legislation sent to him by a Republican-led Senate. Congress has never before voted to overturn a president’s emergency declaration.

Under a 1976 law, presidents have wide discretion in determining when a national emergency has occurred. Congress can vote to block an emergency declaration, but the two-thirds majorities required to overcome presidential vetoes make it hard for lawmakers to prevail.

Lee’s proposal says a presidential emergency would last 30 days unless Congress votes to extend it. It would apply to future emergencies, but would not Trump’s current border emergency unless it is refiled next year, as is required annually by law to be continued.

A vote on Lee’s plan was expected after Congress returns from a recess later this month.