WORLD Trump puts Pence in charge of US coronavirus response

Trump puts Pence in charge of US coronavirus response 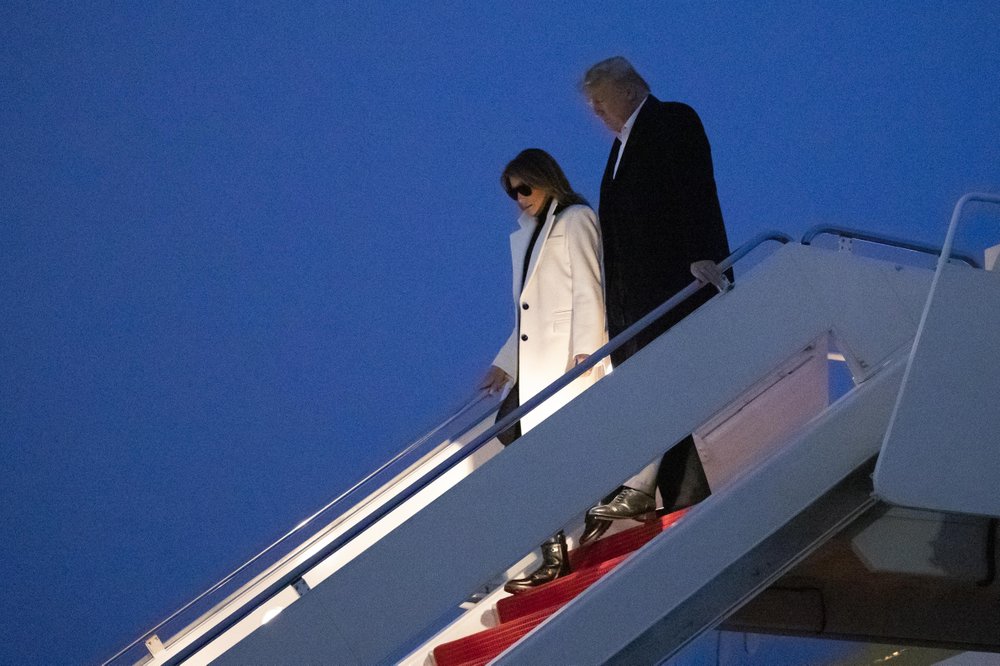 US President Donald Trump declared Wednesday that the US is “very, very ready” for whatever the coronavirus threat brings, and he put his vice president in charge of overseeing the nation’s response.

Trump sought to minimize fears of the virus spreading widely across the US, saying, “I don’t think it’s inevitable.”

But standing next to him at a White House news conference were health authorities who reiterated that Americans need to get ready for what could become a wider outbreak requiring such steps as school closures.

“Our aggressive containment strategy here in the United States has been working and is responsible for the low levels of cases we have so far. However, we do expect more cases,” said Dr. Anne Schuchat of the Centers for Disease Control and Prevention.

More than 81,000 cases of COVID-19, an illness characterized by fever and coughing and sometimes shortness of breath or pneumonia, have occurred since the new virus emerged in China.

The National Institutes of Health’s top infectious disease chief cautioned a vaccine won’t be ready for widespread use for a year or more — but said the virus might return, so researchers have to push ahead.

NIH’s Dr. Anthony Fauci called it “quite conceivable” that the virus will “come back and recycle next year. In that case, we hope to have a vaccine.”

Trump said Vice President Mike Pence will be working with CDC, NIH and other government agencies to coordinate the response. In previous outbreaks, the White House has appointed a “czar” to pull together the different departments’ work.

“We’re very, very ready for this, for anything,” even if it’s “a breakout of larger proportions,” Trump told a news conference.

The US announced a 15th case of coronavirus Wednesday, bringing the total number of infected people in the country to 60. No details were released immediately on the newest case. But the higher count includes people who traveled back from outbreak areas in Asia: three who were evacuated from the central China city of Wuhan and 42 Americans who were evacuated from the Diamond Princess cruise ship docked in Japan.

On Capitol Hill, senior lawmakers called for a bipartisan spending package that would give federal, state and local officials more resources. Trump had requested $2.5 billion to fight the virus; Senate Democratic Leader Chuck Schumer of New York countered with an $8.5 billion proposal.

Trump told reporters he was open to spending “whatever’s appropriate.”