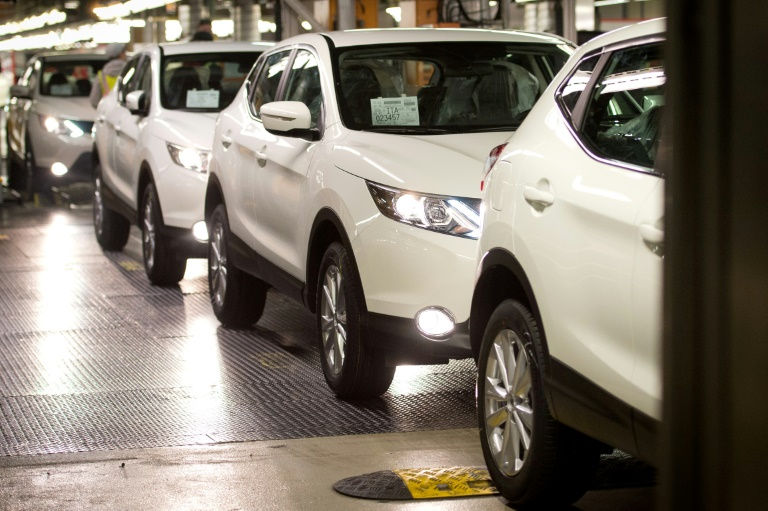 The Trump administration has rolled back Obama-era pollution and fuel efficiency rules for cars and light trucks, saying they were too stringent (Photo: AFP)

The Trump administration rolled back Obama-era pollution and fuel efficiency rules for cars and light trucks on Monday, saying they were too stringent.

The decision by President Donald Trump's Environmental Protection Agency means the emission standards for vehicles in the 2022-2025 model years will be revised, as sought by automakers.

The Alliance of Automobile Manufacturers applauded the move, saying it would "keep new vehicles affordable to more Americans."

"This was the right decision, and we support the administration for pursuing a data-driven effort and a single national program as it works to finalize future standards," said the industry group representing Fiat Chrysler, Ford, General Motors, Toyota, Volkswagen and others.

The rules set in 2012, known as the Corporate Average Fuel Economy or CAFE standards, sought to reduce pollutants released into the air by gradually increasing fuel efficiency across all models offered by manufacturers to 54.5 miles per gallon (4.32 liters per 100 kilometers), compared to 35.5 miles per gallon in 2016.

Pruitt said the EPA in 2012 cut short its review of the standards for "politically charged expediency," but he will work with the National Highway Traffic Safety Administration to develop new, "more appropriate" rules.

The agency is also examining the waiver that allows California, the most popular US state, to impose tougher requirements than called for under the Clean Air Act.

One state cannot "dictate standards for the rest of the country," Pruitt said.

"EPA will set a national standard for greenhouse gas emissions that allows auto manufacturers to make cars that people both want and can afford -- while still expanding environmental and safety benefits of newer cars."

This is likely to open a long legal battle between California, a traditionally Democratic state, and Trump's Republican administration.

"We're ready to file suit if needed to protect these critical standards and to fight the Administration's war on our environment," Becerra said.

Trump has been scaling back many types of regulations, including environmental standards, set by his Democratic predecessor, including pulling out of the Paris climate accord.