U.S. President Donald Trump's handling of the COVID-19 pandemic has further disappointed the U.S. public, recording a new low in a recent poll, with an overwhelming majority of those surveyed believing the country is headed in the wrong direction. 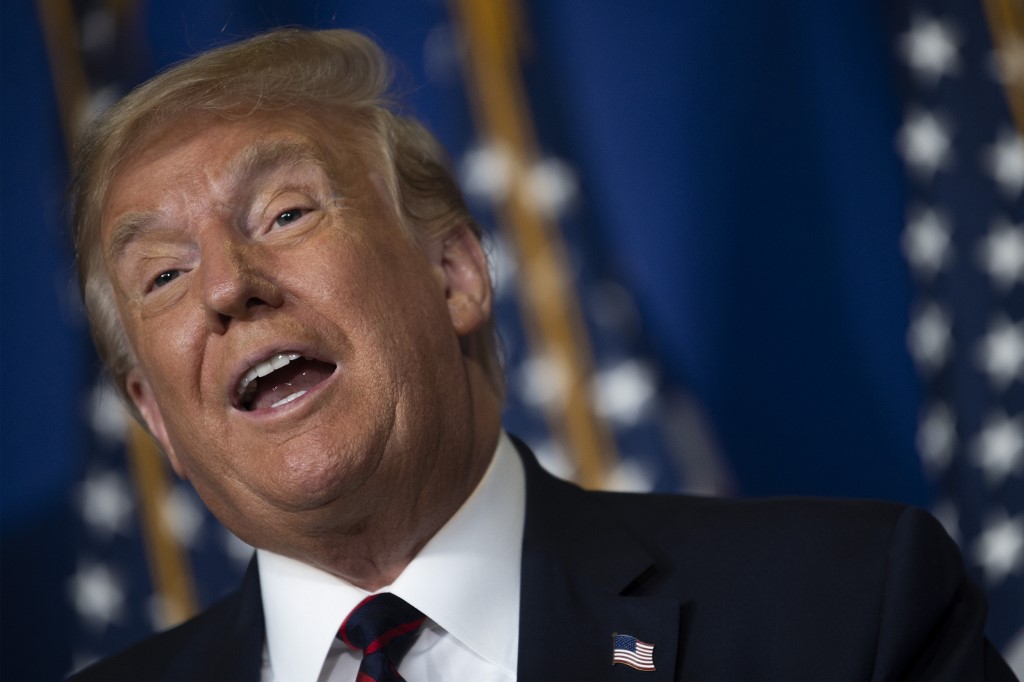 US President Donald Trump participates in a coroniavirus briefing at the Bioprocess Innovation Center at Fujifilm Diosynth Biotechnologies in Morrisville, North Carolina on July 27, 2020. (Photo: AFP)

Trump's approval rating for his handling of the COVID-19 pandemic sank to 32 percent, a record low, according to a new poll co-conducted by the Associated Press and the NORC Center for Public Affairs Research at the University of Chicago.

Furthermore, a striking majority of 80 percent said the country "is heading in the wrong direction," according to the poll, the highest since Trump's presidency, casting a shadow over his reelection campaign.

On the economic front, just 38 percent said the national economy is in good shape, compared with 67 percent in January, according to the poll, another hit to the president's hopes of playing the economy card as an election advantage.