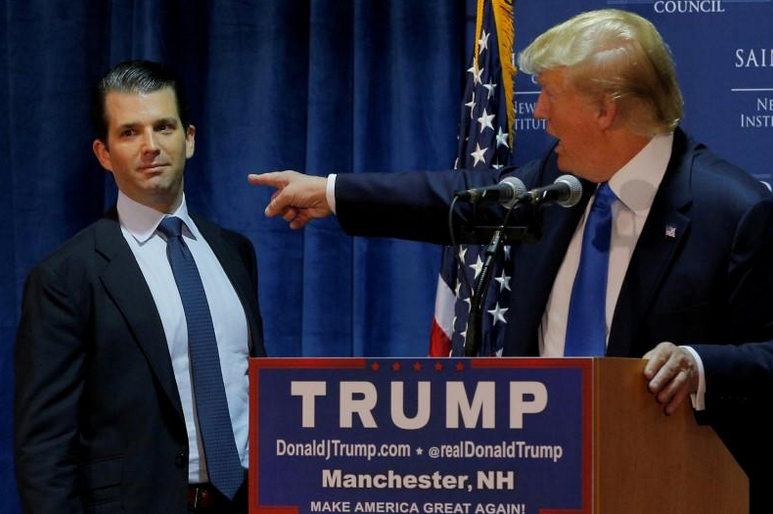 President Donald Trump’s eldest son, Donald Trump Jr., returned to Congress on Wednesday to face questions from lawmakers about alleged Russian efforts to influence the 2016 US election and possible collusion with Moscow by his father’s presidential campaign.

Trump arrived shortly before 10 a.m. EST (1500 GMT) for what was expected to be several hours of questioning by members of the House of Representatives Intelligence Committee, one of three main congressional committees investigating the matter.

Department of Justice Special Counsel Robert Mueller is also conducting a broad investigation of the matter. He has announced the first indictments of Trump associates, and President Trump’s former national security adviser, Michael Flynn, has pleaded guilty to lying to Federal Bureau of Investigation agents.

Trump Jr.’s appearance on Wednesday came amid mounting criticism of the Russia probes by some of his father’s fellow Republicans in Congress, who accuse investigators of bias against Trump.

The committee meeting was conducted behind closed doors, and Trump Jr. was not seen by reporters waiting outside the meeting room, although congressional officials confirmed he had arrived.

The younger Trump testified to the Senate Judiciary Committee in September. The Senate Intelligence Committee has also said it wants to talk to him.

Lawmakers said they want to question him about a meeting with a Russian lawyer in June 2016 at Trump Tower in New York at which he had said he hoped to get information about the “fitness, character and qualifications” of former Secretary of State Hillary Clinton, the Democrat his father defeated in last year’s race for the White House.

Trump Jr., like his father, denies collusion with Russia. U.S. intelligence agencies concluded that Russia attempted to influence the 2016 campaign to boost Trump’s chances of defeating Clinton. Moscow denies any such effort.

Some of Trump’s fellow Republicans criticized Mueller, the FBI and the Department of Justice at a news conference on Wednesday, ahead of congressional testimony on Thursday by the director of the FBI, Christopher Wray.

The Republican House members accused Justice, the FBI and Mueller of being biased against President Trump and having been too easy on Clinton during the investigation of her use of a private email server while leading the State Department.

While the Republicans have complained about the FBI, Clinton has made no secret of her belief that then-FBI Director James Comey’s announcement, shortly before the election, that the bureau was investigating potential new evidence in the lengthy email probe helped cost her the White House.

Republican Representative Matt Gaetz accused investigators of “unprecedented bias” against the president over the Russia matter, compared with their treatment of Clinton.

Trump and some of his closest Republican allies in Congress, have frequently criticized the Justice Department, arguing that it has focused too many resources on the Russia investigation while neglecting conservative concerns.

Separately on Wednesday, Representative Bob Goodlatte, the Republican chairman of the House Judiciary Committee, which oversees the Department of Justice, announced a hearing next week with Deputy Attorney General Rod Rosenstein, citing “serious concerns” about reports on the political motives of staff on Mueller’s team.

And Republican Senate Judiciary Chairman Chuck Grassley said he was asking the FBI for documents relating to the activities of FBI agent Peter Strzok after reports the agent had shown political bias while handling matters in both the Clinton and Trump investigations.

Republicans control majorities in both the House and Senate.

Other lawmakers, Republicans as well as Democrats, say the goal of their investigation is to guarantee the integrity of U.S. elections, not to target Trump and his associates.