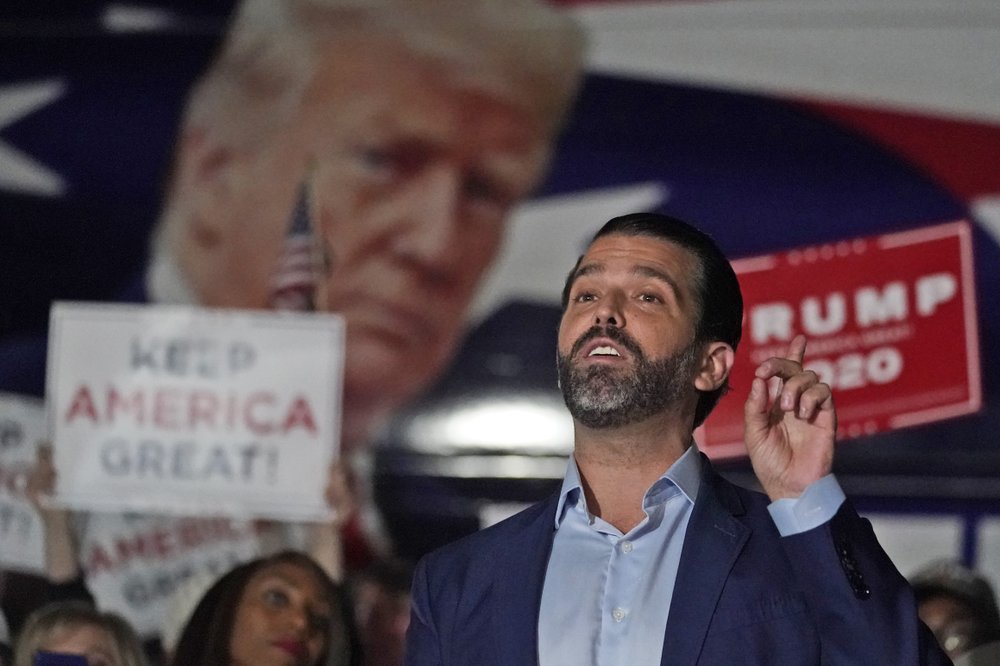 "Don tested positive at the start of the week and has been quarantining out at his cabin since the result," a spokesperson for Trump Jr. said.

"He's been completely asymptomatic so far and is following all medically recommended COVID-19 guidelines," said the spokesperson.

Trump Jr. is the second of the president's children to test positive for the virus, following 14-year-old Barron Trump's diagnosis in early October.

The Trump administration has been criticized for its response to the pandemic, but the president himself has repeatedly underplayed the danger of the virus.

The United States reported more than 1 million new COVID-19 cases over the past week, a 26-percent increase over the previous week, according to latest data of the COVID Tracking Project.