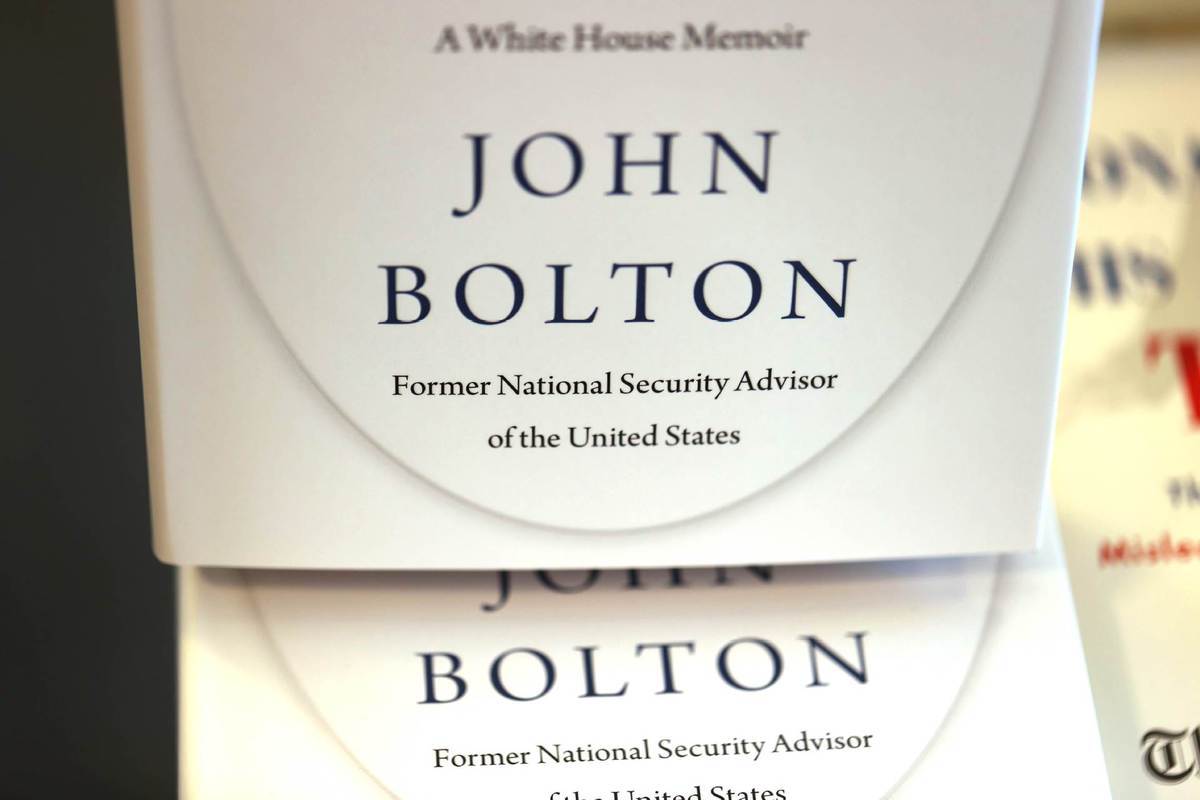 WASHINGTON - The memoir of John Bolton, US President Donald Trump's former national security adviser, was released on Tuesday, days after a federal judge denied the Trump administration's request to block its publication.

"There is simply no precedent for a former top administration official publishing a book about a sitting president that is as damning as John Bolton's," a CNN report commented on Tuesday.

Meanwhile, many local analysts say the revelations of Bolton's book, titled The Room Where It Happened, are not likely to make much difference among most Republicans behind Trump.

Trump blasted Bolton's book on Twitter last week, calling it "a compilation of lies and made up stories, all intended to make me look bad."

Bolton reportedly received a 2-million-US-dollar advance for his tell-all book and if it sells well, additional royalties could follow.

However, the Saturday ruling by US District Judge Royce Lamberth has raised questions about whether Bolton will be allowed to keep the money for his book.

Lamberth rejected the Trump administration's attempt to block the formal publication of the book, citing that news organizations already had copies, hundreds of thousands were at warehouses about to be shipped, and Bolton was giving interviews. However, the judge also wrote that Bolton was publishing without receiving an official letter from the government saying the book does not contain classified information.

"This was Bolton's bet: If he is right and the book does not contain classified information, he keeps the upside mentioned above; but if he is wrong, he stands to lose his profits from the book deal, exposes himself to criminal liability, and imperils national security," the judge wrote.

Bolton, a foreign policy hawk who served as Trump's third national security adviser from April 2018 to September 2019, was ousted over disagreements with the president on a range of issues.