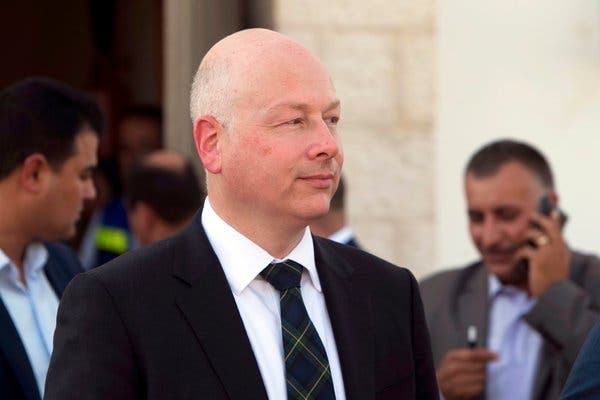 "After almost 3 years in my Administration, Jason Greenblatt will be leaving to pursue work in the private sector," Trump said in a tweet.

Greenblatt, a central figure for the design of the long-awaited yet disputed US Middle East peace plan, intended to resign after the full release of the plan, according to US media reports citing the Trump administration officials.

Greenblatt revealed last month that the United States will not release the peace plan before the Israeli election, which is scheduled to be held on Sept. 17.

Washington's plan for the Israeli-Palestinian peace, also known as the "Deal of the Century," was largely devised by Greenblatt and Trump's senior advisor and son-in-law Jared Kushner, who revealed the economic aspect of the deal in a workshop in Bahrain in June.

The Palestinians have repeatedly voiced their opposition to the plan, pointing to Washington's heavily tilted position toward Israel.

Greenblatt formerly served as the Trump Organization's chief legal officer. He had originally planned to work for two years at the White House but extended his stay as the release of the peace plan has been postponed for several times.