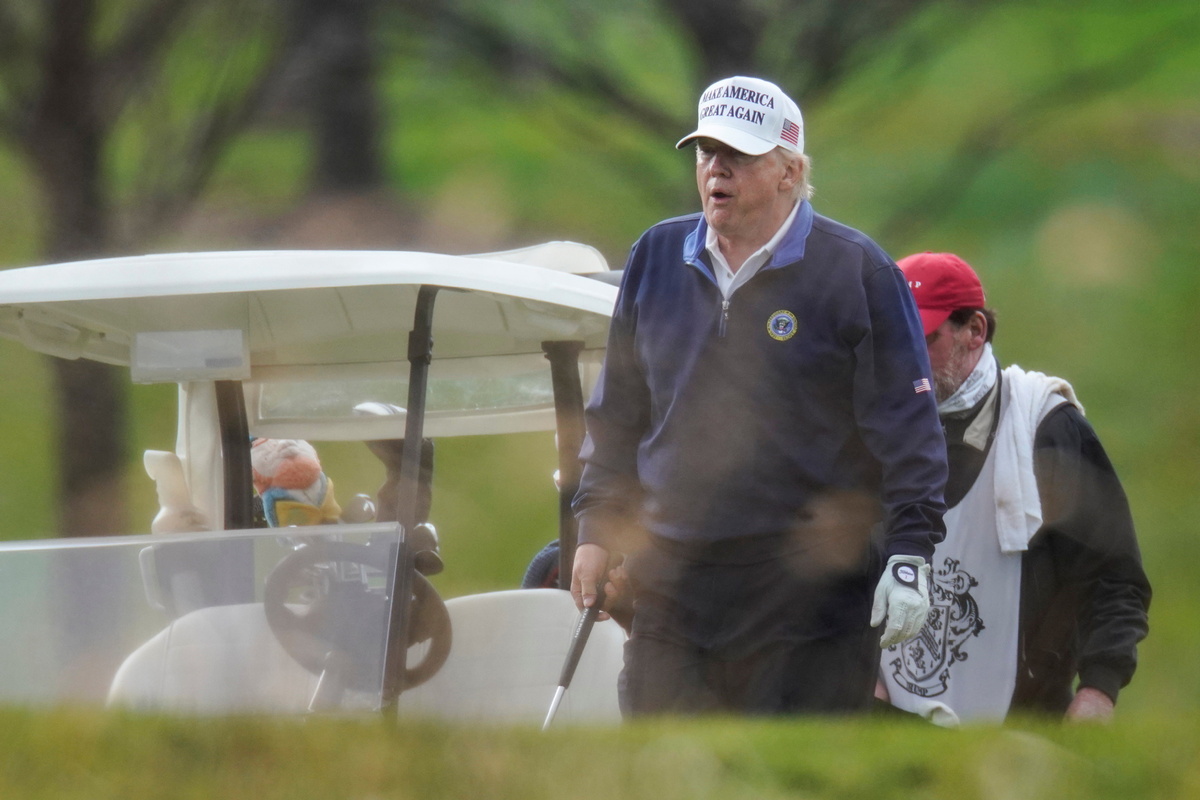 US President Donald Trump worked on Sunday to take back an apparent acknowledgment that Democrat Joe Biden won the White House and was making clear he would keep trying to overturn the election result.

Trump's earlier comments had given some critics and supporters hope that the White House was ready to begin working on a transition with Biden's team. Not so fast, Trump would soon assure.

Trump, without using Biden's name, said that "He won" as part of a tweet that made baseless claims about a "rigged" election. But as the Republican president saw how his comments were being interpreted as his first public acknowledgment of a Biden victory, Trump quickly reversed course.

"He only won in the eyes of the fake news media," Trump tweeted. "I concede nothing! We have a long way to go. This was a rigged election!"

According to major media outlets, there was no widespread fraud in the Nov 3 election. Trump's campaign has tried to mount legal challenges across the country, but many of the lawsuits have been thrown out and none has included any evidence that the outcome might be reversed.

Biden defeated Trump by winning back a trio of battleground states: Michigan, Wisconsin and Pennsylvania, and topped the 270 electoral vote threshold to clinch the presidency, media said. Biden so far has 78.8 million votes while Trump has 73.1 million.

Arkansas' Republican governor Asa Hutchinson said "it was good, actually" to see Trump's tweet that Biden won. "I think that's the start of an acknowledgment. ... We want to make sure that there is a smooth transition," he said on NBC.

Persuading those who voted for Trump may also be a different matter.

On Saturday, nearly 10,000 Trump supporters rallied in Washington to back his claims of fraud－massing in Washington's Freedom Plaza before marching to the Supreme Court in a raucous atmosphere.

The demonstrations went from tense to violent during the night and early on Sunday. Videos posted on social media showed fights, projectiles and clubs as Trump backers sparred with those demanding they take their MAGA hats and banners and leave. Police said they made 21 arrests on a variety of charges, including assault and weapons possession, and recovered eight firearms. Four officers were injured.

Trump himself had given an approving nod to the gathering on Saturday morning by sending his motorcade through streets lined with supporters before rolling on to his Virginia golf club. People chanted "USA, USA" and "four more years", and many carried US national flags and signs to show their displeasure with the vote tally.

Confrontations appeared later in the day as small groups of Trump supporters attempted to enter the area around Black Lives Matter Plaza, about a block from the White House, where several hundred anti-Trump demonstrators had gathered.

The "Million MAGA March" was heavily promoted on social media, raising concerns that it could spark conflict with anti-Trump demonstrators, who have gathered near the White House in Black Lives Matter Plaza for weeks.

Several other cities also saw gatherings of Trump supporters. Cries of "Stop the Steal" and "Count Every Vote" rang out despite a lack of evidence of voter fraud or other problems that could reverse the result.

In recent days, Trump appeared to be inching closer to acknowledging the reality of his loss, The Associated Press reported. In comments on Friday in the Rose Garden about a coronavirus vaccine, Trump said his administration would "not be going to a lockdown" to slow the spread of COVID-19, and added "whatever happens in the future, who knows which administration it will be? I guess time will tell".