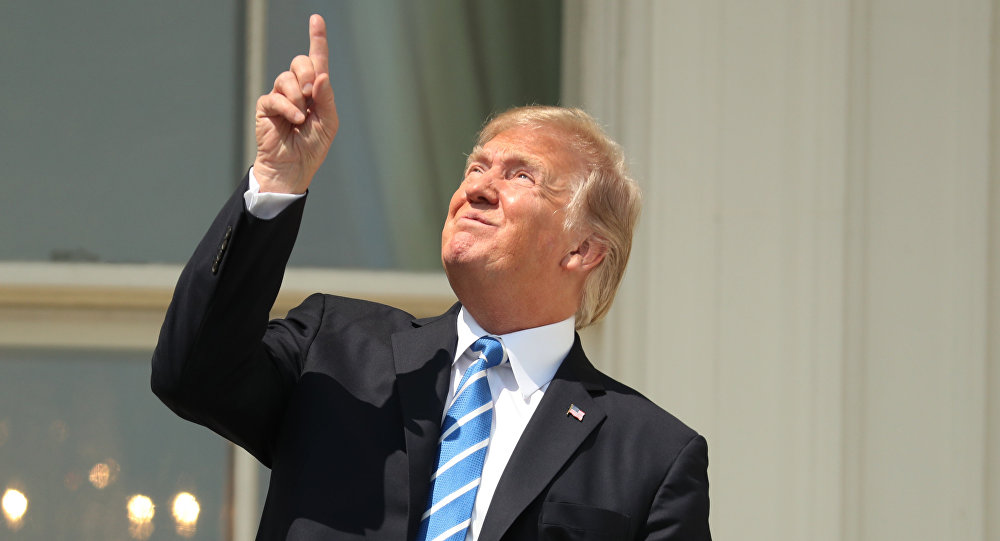 US President Donald Trump’s directive of building the Space Force could launch an arms race into outer space, warned an editorial from the New York Times published on Saturday.

Despite a lack of a clear approach, Trump announced last month that he wanted a “Space Force,” a new branch of the US military he boasted would bolster national security and the economy with more jobs.

Trump’s ambitious but blurry plan for “dominance in space” and space being a “war-fighting domain” could spur an arms race in space and make conflict more likely, the editorial worried.

The idea, which Trump has floated before, has stoked controversy with the Pentagon and space experts.

Congress is making the situation worse by ordering the Pentagon in its 2019 defense bill to begin work on a space-based missile interceptor that experts say is provocative, technically infeasible and prohibitively expensive, the editorial wrote.

Critics say the possibility has national security and space experts deeply worried about the beginning of a new, space-based arms race—and further deterioration of relations between the United States and the world’s other “space powers”.

Dr. Laura Grego, a senior scientist at the Union of Concerned Scientists’ Global Security Program, told The Daily Beast, building the “muscular fighting force in space” that Trump envisions, runs the risk of being seen as a challenge to space-faring nuclear powers in outer space, an environment where there are no established rules of military engagement.

The editorial suggested that Trump should rethink his extraterrestrial ambition starting with “a precise understanding of what is needed for improved space defense,” and how the United States can work with other space powers to establish rules for responsible behavior in space.