The United States' proposed tariffs on the imports of steel and aluminum from other countries is likely to open a Pandora's box for the global economy.

Despite opposition from business groups and trade partners, President Donald Trump plans to impose a 25-percent tariff on imported steel and 10-percent on aluminum, saying that "trade wars are good and easy to win." 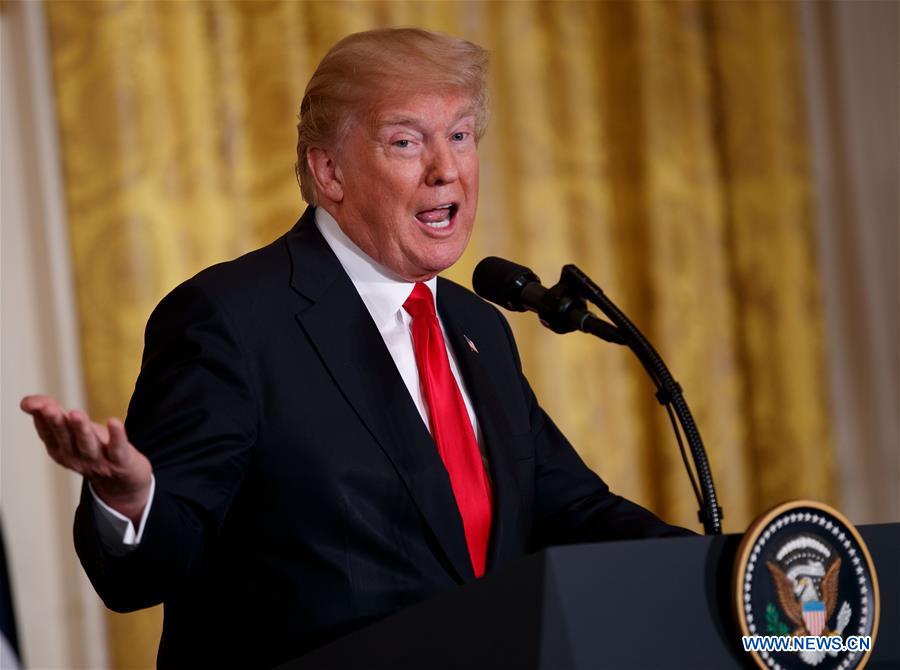 However, the unilateral tariffs are likely to derail the global economic recovery and undermine the current rule-based global trading system.

According to a study co-authored by Warwick McKibbin, a nonresident senior fellow with the American public policy organization Brookings Institution, a minor global trade war where tariffs rise 10 percent would reduce the GDP of most countries between 1 percent and 4.5 percent, with Washington losing 1.3 percent.

A 40-percent change in tariffs would cause a deep global recession.

The global economy is expected to accelerate its expansion this year. The International Monetary Fund (IMF) in January revised up the global growth forecast for 2018 and 2019 by 0.2 percentage point to 3.9 percent for each year.

However, the IMF warned last week that the import restrictions announced by the US president are likely to cause damage not only outside the United States, but also to the US economy itself, including to its manufacturing and construction sectors, which are major users of aluminum and steel.

The tariffs would increase employment in the US iron and steel employment and non-ferrous metals (primarily aluminum) sector by 33,464 jobs, but cost 179,334 jobs throughout the rest of the economy, with a net loss of nearly 146,000 jobs, according to The Trade Partnership, a Washington-based consultancy.

The US action will also pose a great threat to the current rule-based global system. The IMF expressed its concern that other countries might follow suit by using "national security" to justify broad-based import restrictions.

Though US trade partners can challenge the US action at the WTO, the settlement, whether it favors America's trade partners or not, could trigger a devastating global political and economic fallout, Bown said.

If the US trade partners do not take the dispute to the WTO," that might signal a loss of faith that the rules-based system can still manage trade frictions," Bown said.

Last April, Trump ordered the Commerce Department to study the impact of steel and aluminum imports on national security under a seldom-used section of the 1962 Trade Expansion Act.

The department in February unveiled its recommendations to restrict imports of steel and aluminum products due to national security concerns.