WORLD Trump's use of military funds for border wall is illegal: US appeals court

Trump's use of military funds for border wall is illegal: US appeals court

The 9th Circuit Court of Appeals ruled Friday that it's unlawful for the Trump administration to divert 2.5 billion U.S. dollars meant for the Pentagon to build part of his long-sought wall along the U.S.-Mexico border. 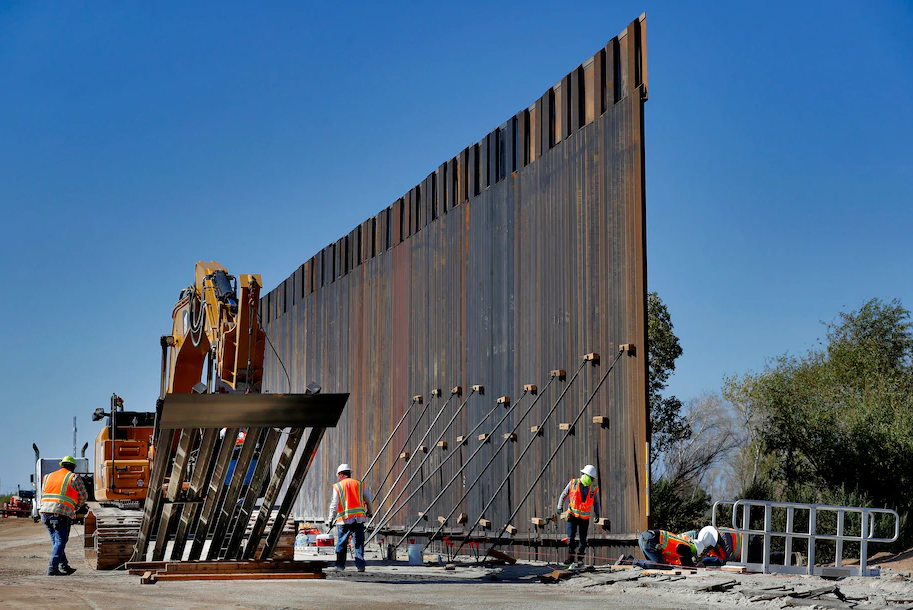 In a pair of 2-1 decisions, the 9th U.S. Circuit Court of Appeals said the White House lacked constitutional authority for the transfer, noting that they found no "unforeseen military requirement" to justify the spending.

"There was no unanticipated crisis at the border," Chief Judge Sidney R. Thomas, a Clinton appointee wrote, joined by Judge Kim McLane Wardlaw, also a Clinton appointee. "Nothing prevented Congress from funding solutions to this problem through the ordinary appropriations process – Congress simply chose not to fund this particular solution."

Whether the rulings will stand is still uncertain considered the fact that the Supreme Court in July 2019 blocked a 9th Circuit injunction that barred Trump administration from spending 2.5 billion U.S. dollars of military funds on the border wall, clearing the way for Trump to use it, which signs that a majority on the Supreme Court may overturn the 9th Circuit once again.

Friday's decisions came in two cases, one filed by California and other states, the other was filed by the American Civil Liberties Union on behalf of the Southern Border Communities Coalition and the Sierra Club. Both suits charged that the wall would harm the environment, including endangered species. The same panel heard both.