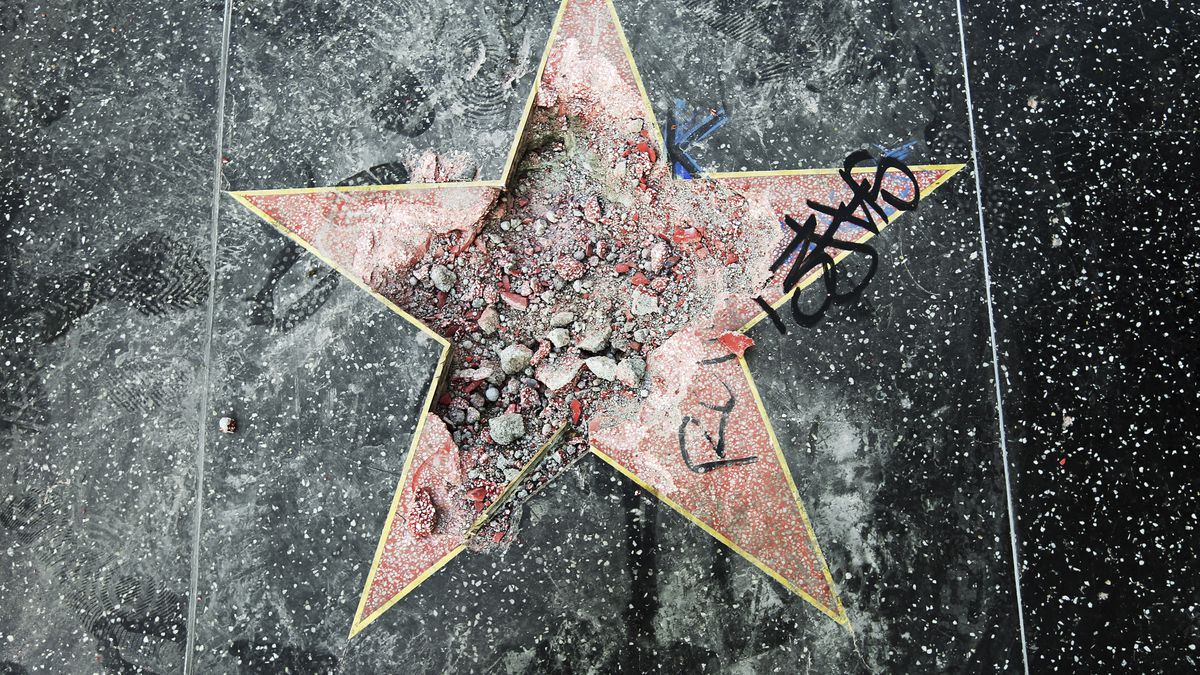 LOS ANGELES, Oct. 30 (Xinhua) -- U.S. President Donald Trump's star on the Hollywood Walk of Fame was destroyed Friday morning by a man who has attacked the monument multiple times since 2016.

A video posted by the TMZ news website showed that a man wearing a black suit took a pickax to Trump's star and smashed it, an emblem honored in 2007 for Trump's work producing the Miss Universe pageant and his hit reality show The Apprentice.

In the video, the star was covered with plywood and had fencing around it, but none of that deterred the white man, who was reported as James Otis.

Otis turned himself in and was booked for felony vandalism, said the TMZ report, adding that he had just attacked the star 28 days ago. Otis was arrested and charged with felony vandalism last time, too.

The first time Otis was arrested for damaging Trump's Walk of Fame star back in February 2017, he struck a plea deal with prosecutors which would help him avoid jail time by paying 4,400 U.S. dollars to the Hollywood Chamber of Commerce and the Hollywood Historic Trust.

As of 2020, the Hollywood Walk of Fame comprises more than 2,690 stars embedded in the sidewalks along 15 blocks of Hollywood Boulevard and three blocks of Vine Street in Hollywood, California.