WORLD Trump said meeting with Kim back on for June 12

Trump said meeting with Kim back on for June 12 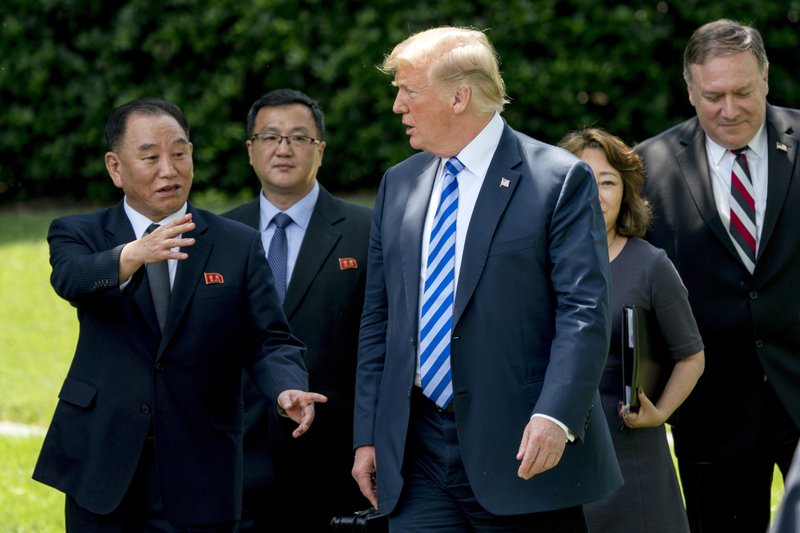 Los Angeles (People's Daily) - After an Oval Office meeting with a top North Korea official, US President Donald Trump said that a summit between the two leaders on June 12 is back on.

The president made the remark after meeting Kim Yong Chol, top aide to North Korean leader Kim Jong Un, who hand delivered a letter from the leader.

Trump said that "he’d be making a mistake" to not go forward with the summit and it will be a "beginning," according to the Associate Press.