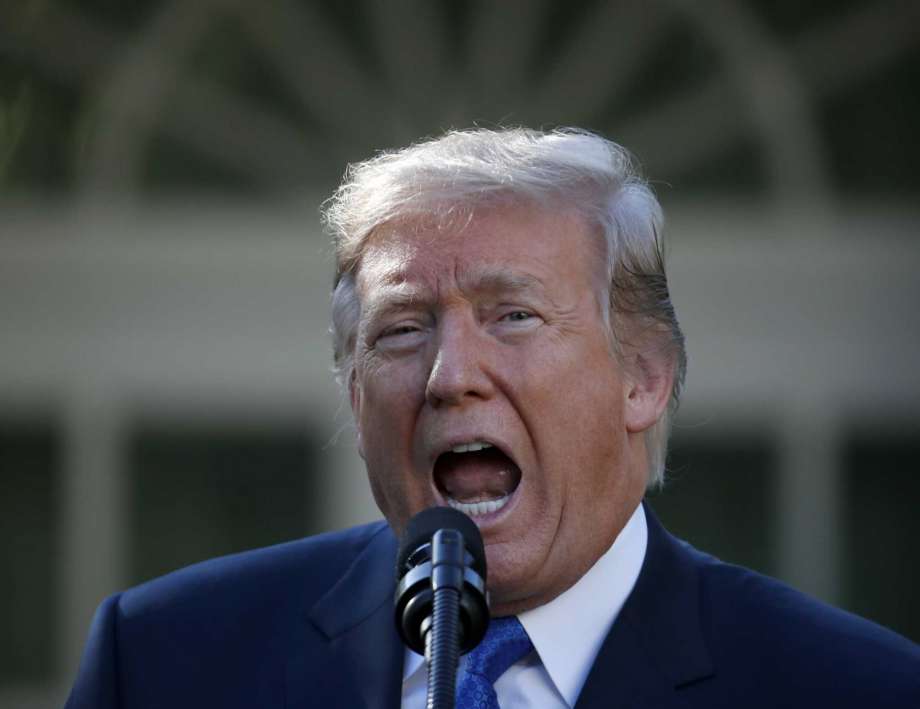 President Donald Trump speaks as he announces Federal Reserve board member Jerome Powell as his nominee for the next chair of the Federal Reserve in the Rose Garden of the White House in Washington, Thursday, Nov. 2, 2017. Photo: AP

President Donald Trump said Friday the American public "deserves" a federal investigation of Hillary Clinton and the Democratic National Committee over a joint fundraising agreement they signed in August 2015.

Trump launched a multi-part Twitter attack criticizing his former 2016 rival. Trump writes: "Crooked Hillary bought the DNC & then stole the Democratic Primary from Crazy Bernie!" He adds it's the "real story on Collusion."

Trump's accusation follows Politico's publication of an excerpt from former acting DNC Chair Donna Brazile's upcoming book. Brazile alleges she found "proof" that the 2016 Democratic primary was rigged in Clinton's favor. Brazile writes that she believes no laws were violated, but that a funding agreement "looked unethical."

Late Thursday, Trump tweeted without evidence that he believed they had acted "illegally."

In subsequent tweets Friday, Trump highlighted criticism of the DNC from Massachusetts Sen. Elizabeth Warren, whom he has mocked by calling her "Pocahontas." He also called on federal authorities to launch an investigation.

The fundraising agreement, signed in August 2015 during the primary process, was unusual for an open seat and, according to Brazile, gave the Clinton campaign oversight of some DNC decisions. Months later, Clinton's chief challenger, independent Sen. Bernie Sanders, signed his own agreement with the party.

Trump and his campaign are subjects of a wide-ranging investigation by special counsel Robert Mueller. The White House has repeatedly sought to turn the attention of the probe, which is looking into potential collusion between the Trump campaign and the Russian government, to Clinton and her campaign.